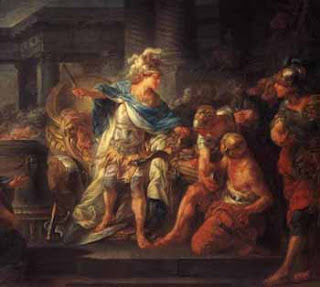 One of the many "black holes" in the MSM reporting of EU affairs is the coverage of the continued drain on our finances through VAT fraud – and the attempts of the commission to plug the loopholes.

These frauds are estimated to cost the taxpayers of EU member states some £40 billion (€60 billion) a year, and in 2005–06, the level of fraud increased to its highest ever level, with the estimated cash loss to our own exchequer of between £2-3 billion.

Yet, despite the enormous sums, involving a real loss of money, there is none of the overt concern or publicity that has accompanied other, lesser crimes – and no media source – to our knowledge – has ever joined up the dots and observed that the essence of the VAT system makes it wide open to fraud.

However, if the media are unconcerned, the commission is still trying to sort out the mess. Thus, yesterday, it launched its latest series of proposals, although even the officials in the heart of darkness are uncertain as to their effect.

Almost without precedent was the diffidence with which the presentation was made, the press release taking about two “possible far-reaching measures” on VAT, noting that the changes offered had the potential considerably to reduce the phenomenon of 'missing trader' fraud. However, it went on, they also pose potential problems that would need to be examined further before either system could be agreed.

What the commission is talking about is a "generalised reverse charge system". It is of such mind-boggling complexity that even the officials concede that it will create as many problems as it solves.

Although the commission argues that the new system would reduce "missing trader" fraud, it admits that it would "by no means solves other types of fraud". Furthermore, it says, it would potentially cause cash-flow difficulties for traders, in particular for SMEs, which would have to pre-finance the VAT in transactions where they currently do not pay VAT.

It is worth glancing at the commission's press release (link above), just to get the flavour of the knots in which they are tying themselves, in their attempt to resolve an unresolvable problem.

Therein is the paradigm for the whole of the EU – and the embodiment of the bureaucratic mindset. The "colleagues" cannot admit that their creation is fundamentally flawed and that the best and only sane option is to scrap it and start all over again. Instead, they take an already complex and unwieldy system and make it even more complex and unwieldy, without even of a hope of dealing with the problems they have identified.

This approach is so much of the mindset that we see it in any number of EU activities, and can expect more once the constitutional Lisbon treaty is in place and the commission flexes its muscles again. But, if anyone wants an example of why the EU cannot and will not ever work, all they have to do is look at the way the VAT system works – and the commission's attempts at "reform".

Unfortunately, though, when it comes to unravelling the Gordian knot, it seems we are on our own.