Who will rid us? 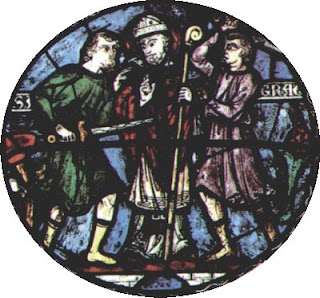 There is no avoiding variants of Henry II’s alleged comment, which sent the four knights on their deadly mission to Canterbury. The Sun was the only one to do so successfully by the headline “What a Burqua”. As good a reaction as any other.

When the first news of the latest faux pas by His Bloviation, the Archbishop of Canterbury, hit the internet, this blog had every intention of staying out of the mess, on the grounds that we have covered the man’s pronouncements in the past and need not do so for a little while.

Sadly, the story has become too big for us to ignore and it does fit in with one of our usual themes – the need for a British identity to be defined. There has been a great deal written about Dr Williams’s lecture and interview on Radio 4 both in the MSM and on the blogosphere. A lot of it is quite good, a lot of it uninteresting and predictable, a good deal very silly.

We have little time for the Blair Derangement Syndrome, for instance, that has informed some of the postings. We have even less time for the hysteria that sees the inevitable or even probable supremacy of Sharia law everywhere in the UK. A little calculation and study of the situation on the ground should disabuse people of that one (though there is none so blind as those who do not want to see).

For all of that the Archbishop’s latest pronouncements are extremely stupid and dangerous. The best account of how this mess developed is on Melanie Phillips’s blog. It seems that the Archbishop was due to deliver one of his “nuanced” lectures yesterday evening in which, as many knew, he intended to argue that there should be some accommodation between English law (or, presumably, Scottish law) and Sharia law. He was, one assumes, also intending to explain that Sharia law in some form or another was “unavoidable”.

In itself that is nonsense. Nothing on this earth, except death is unavoidable and the Archbishop of Canterbury ought to know that. In particular, the introduction of any kind of law or legal form is not unavoidable. You avoid it by not doing it. 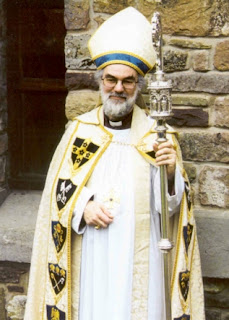 The Archbishop’s lectures are notorious in that they confuse and annoy people in about equal parts and Lambeth Palace thought that the media aspect of it all should be controlled. For that purpose Dr Williams’s staff restricted even the embargoed copies of the text and organized an exclusive interview with Radio 4’s “World at One”, reckoning, perhaps, that there would be friendly sympathy from the interviewer.

As an exercise in damage limitation this was not a howling success. The Archbishop cast all restraint to the wind and said all the things some well-meaning fluffy individuals are pretending he did not say. One cannot help feeling sorry for those unfortunate officials at Lambeth Palace who have to deal with the extraordinary phenomenon with the completely undisciplined mind that is at the head of the Church of England.