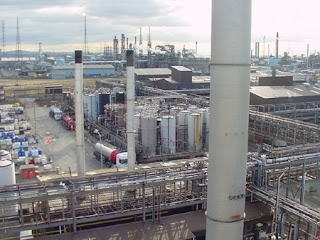 One almost has to do a double-take at the latest news from the heart of darkness where our Brussels masters reside. The provincial governments, it seems, have raised a string of objections to the commission's "flagship plan" on fighting climate change – the one that aims to cut 20 percent from EU carbon dioxide emissions by 2020.

Yet, was it not those self-same provincial governments who in March last year who were so keen to push these targets?

Now, rather than enthusiastically embracing the opportunity to save the planet, the most the governments will now concede is that the commission’s proposals are "a good starting point for our debate…". Shriti Vedera, our own junior energy minister, adds, "it is essential that cost-efficiency is at the heart of our discussions."

Not a few have reservations on the emissions trading scheme or national targets for the share of energy produced from renewable sources while, Marco Stradiotto, the Italian secretary of state for energy, is saying: "Energy efficiency was not given enough room in the commission's proposal". He adds there was a risk some industries would move out of the EU as a result of the scheme.

To add to the confusion, the UK government has decided to delay issuing carbon emissions allowances (EUAs) because the commission is still unsure when the carbon trading registry system will start.

This, however is small beer compared with the disarray on how expensive CO2 capture and other "green" technologies should be financed.

The technologies are at the heart of the commission's "Strategic Energy Technology Plan" but EU energy commissioner Andris Piebalgs has told industry representatives that "there is no money" in the EU budget for supporting them.

Although the European Investment Bank in 2007 put €8.2 billion into green technology financing, and Citigroup is expected to invest €50 billion over the next five years, Europe's overall investments and venture capital flows into the sector have been steadily declining since the 1980s. In fact, Europe now spends only one-third of US levels.

Once more, it seems, there is a yawning gap between European rhetoric and action.