Screwed by the EU 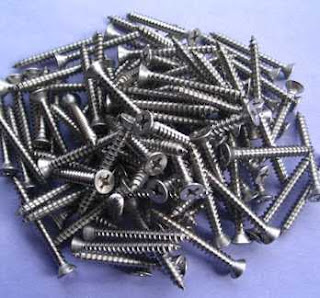 After candles, the mighty European Union is now turning its attention to cheap Chinese screws – and this is before even the Olympics start.

In the front line is our revered Peter Mandelson, who is acting on behalf of the European Industrial Fasteners Institute (Euro IFI) which filed a complaint last year, alleging – horror of horrors – that Chinese manufacturers were selling screws at 30 - 50 percent below European prices.

Clearly, vulnerable and sensitive EU "citizens" must not be allowed to benefit from cheap screws, although the Chinese say otherwise. Sanctions, they warn, would hurt consumers without helping European producers. Not least, this is because two major Italian businesses – Agrati SpA and the Vescovini Group which, amazingly, are calling for sanctions – produce screws in China.

Anyhow, the wise and diligent EU officials opened their investigation in November into and have yet to report their findings, but the threat of sanctions has got Chinese manufacturers from Jiaxing city in Zhejiang province worried.

The Jiaxing Association of Fasteners Import and Export Companies (where do they get these names from?) represent a quarter of Chinese screw exports. They sell a staggering €149 million-worth a year to Europe, in a trade expected to be worth $1 billion in 2008 to China as a whole.

What particularly grieves the Chinese is that they believe the complainants are not comparing like with like. As we could all readily attest, the EU specialises in strong and expensive screws and no longer produces the low-end screws made in China.

Moreover, far from dumping their products, they claim they charge the same as Taiwanese producers and more than rivals based in Malaysia, Vietnam and India. Add to that the fact that rising steel prices have forced them to increase their own prices by 50 percent, and there is no case to answer.

Despite that, the indications are that the EU is gearing up to impose sanctions on China from August, prompting threats that the issue may be referred to the WTO. In the meantime though, since the WTO usually takes many years to resolve disputes, the Chinese manufacturers will have been screwed by the EU.

It may be some small consolation, but at least they will have something in common with us "EU citizens".