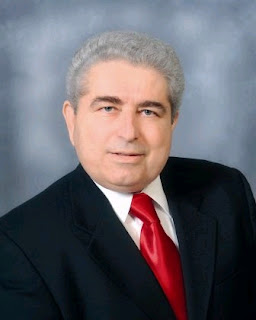 Well, not very far in any significant terms. It would appear that the SecGen of the Cyprus Communist Party, Demetris Christofias, has won the presidential elections in Greek Cyprus, the bit that is part of the EU, despite rejecting the peace referendum in 2004.

Ioannis Kasoulides, the former foreign minister and the candidate of the right-wing party, has conceded defeat and offered his unconditional support to the new President, particularly as far as the solution to the “national problem” is concerned. [I am sorry to be giving a link to the Russian version of Kommersant, one of the two or three more or less independent newspapers in Russia. It is not just a matter of showing off. The English-language version does not seem to have been updated since Friday.]

Christofias gained 53.4 per cent of votes cast and Kasoulides 46.6 per cent. The article gives no information on turn-out.

There is, apparently, a difference between the way the two candidates wanted to approach the “national problem”, or, in other words, reconciliation with Turkish Cyprus and, possibly, a reunification of the island.

Christofias aims at negotiations under the UN’s auspices, while Kasoulides had intended to open direct negotiations. One must admit he does not seem to have held such pacific views for very long if this press-statement is anything to go by.

One must not forget that Greek Cyprus, as member state of the European Union, can affect whatever negotiations the latter may have with Turkey.

One of our readers has drawn my attention to this report by Bloomberg. According to it, the turn-out for the presidential election (I assume this is about the run-off) was a highly impressive 91 per cent.

The report also gives a little more detail of what the new president, who had studied history in the Soviet Union, has been promising:

Christofias, 61, ran on a pledge to preserve the country's 15 billion-euro ($22 billion) market economy, ruling out nationalization of companies. He vowed to step up efforts aimed at reunifying the island that's been divided since Turkey invaded its northern part in 1974 in response to a coup by supporters of union with Greece. Only Turkey recognizes Turkish northern Cyprus.

Looks like the new member of our real government will have his hands full back home.
Posted by Helen at 18:35

Email ThisBlogThis!Share to TwitterShare to FacebookShare to Pinterest
Labels: Cyprus