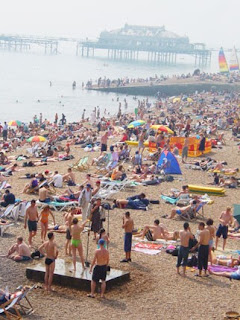 Adding to the Armageddon predictions on the effects of the runaway global warming is the government’s Health Protection Agency. It has just issued a report telling us that by 2012 there will be a 1 in 40 chance that the South East of England will experience a serious heatwave causing 3,000 immediate heat-related deaths.

Furthermore, the increased exposure to sunlight will lead to a rise in skin cancers, the number of people at a high risk from flooding is set to rise from 1.5 million to 3.5 million by 2100 and there will be up to 14,000 (14.5 percent) more cases of food poisoning, including Salmonella, per year. Malaria and tick-borne diseases may also increase.

Nevertheless, the report is based on the usual litany of "warmist" propaganda and speculation, and does not take into account the recent flattening of the global temperature curve, nor of this current winter which has the global January temperate below the 20th Century average. 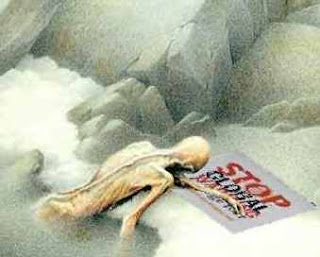 Despite this, the basic finding of the report – although this is not given the headline treatment – is that for the UK, "global warming" would be broadly beneficial. We are also told that winter deaths will continue to decline as the climate warms and, given that there are currently something like 20,000 cold-related deaths in a year, swapping that many for a mere 3,000 in the summer looks to be a good deal.

Thus, what this report – albeit inadvertently – does point up yet again is that the effects of warming are considerably less troubling than those of cooling. It is rather ironic therefore that those who seek to abate the rise in temperatures might, if their endeavours were successful, be condemning thousands of their fellow humans to a premature death.