"An exotic and wasteful box-ticking exercise" 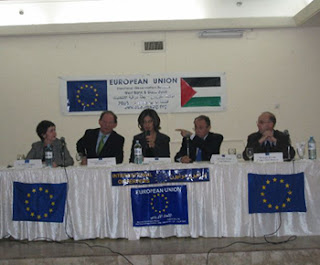 "Election observation is a vital component of European Union activities to promote democracy, human rights and the rule of law worldwide," warbles the EU website. It goes on to say that, "With these objectives in mind, and by adopting a rigorous specific methodology … the European Union has become a leading force in international election observation."

So much for the theory, but the practice seems somewhat different. Tom de Castella writes in The Sunday Times of his experiences as an EU observer in Venezuela, noting that he applied to be an observer safeguarding fair elections — and our taxes — in the Third World. He didn't expect it to turn into a junket.

In a long piece, well worth the read, choice segments include this:

An eminent British academic who has been on EU missions sums it up: "They like to have young people from different countries and form a fellowship between them. I did feel there was something funny going on, that this was less to do with the election than with a sense of creating Europeanness. It's like a holiday camp to create loyalty to EU institutions."

The mission is over. It will be my last. Policing democracy is a necessary and noble endeavour, but you have to employ the right people, trust them to do their jobs, and avoid the temptation to collect useless data. The Ecuador mission has cost about €2.5m. It has been a missed opportunity from the point of observing the country's election but a godsend for Europeans who like to travel and don't mind a bit of form-filling. In 2006 the EU ran 14 such missions, at an estimated cost of €35m. What it amounts to is an exotic and wasteful box-ticking exercise.

The thing you can guarantee about the EU is its consistency. One the one hand, you have the glowing propaganda from the "colleagues" about how wonderful their activities are. Down in the weeds meanwhile, the actualité is a disorganised, expensive farce. It doesn't matter what it is – the outcome is always the same. This is just another example.