The mouse that didn't quite roar 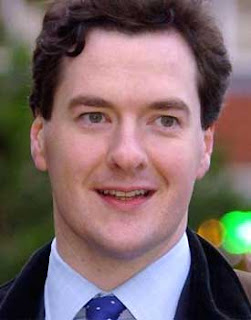 I did go to the Policy Exchange to listen to the Shadow Chancellor discussing his ideas on taxation when and if there is a Conservative government. As, at present, it looks like Gordon Brown and Alistair Darling are bigger losers than David Cameron and George Osborne, this is of some interest.

As I also stopped off for a cup of tea and had to do some day-jobbing, I expect several bloggers like Tim Montgomerie have got there ahead of me.

Our readers will not be surprised to hear that I was somewhat underwhelmed by the speech and by the answers to questions afterwards. It was not out and out bad but neither was it particularly good. Would these ideas make me consider voting Conservative? Not without a great deal more coming from that party.

First of all, I cannot help feeling that a Conservative Shadow Chancellor whose ideas, by his own account, are similar to those of the Lib-Dims, is not one whom I can support wholeheartedly.

Secondly, few of the statements were particularly bold. The Conservative Party is still content with fiddling about on the edges, talking about the need to preserve stability as if that and serious tax cuts and tax reforms were somehow antithetical and transfer money from one pot to another. Thus, the biggest idea seems to be to substitute environmental taxation, without any real calculation of how it might affect the economy and society, for onerous business taxes.

The notion that, perhaps, the government does not actually need to raise quite as much money as it does at the moment for its own purposes may be there in the background but is struggling to emerge.

Mr Osborne started with the four basic principles of taxation enunciated by Adam Smith: efficiency, certainty, transparency and fairness. Then he explained how he was going to apply those principles. Of course, he was not going to ask for ideas from the Taxpayers’ Alliance or any other organization that has been working on the subject for some time.

No, sirree, he is setting up another group under Geoffrey Howe to work out long-term tax reform proposals.

So, how is Mr Osborne going to ensure that his policies stay with the four principles?

As far as efficiency is concerned he is going to look at corporation tax. As he rightly pointed out, Britain is lagging behind other countries with ever higher business taxation. Therefore, the Conservative government will aim at a lower rate and broader base for corporation tax.

This may or may not work. The question that was not even raised is what will Mr Osborne or, for that matter, any other Chancellor of the Exchequer do if the EU finally manages to harmonize either the base or the rate of corporation tax across the whole of the Union? Does Mr Osborne even know that these moves are afoot?

When it comes to certainly, Mr Osborne could really rip. After all, he did not have to propose anything, merely rubbish Mr Darling’s recent record and that of Mr Brown before him. It is entirely shambolic in its inability to stick to one particular line either on capital gains tax or on the subject of non-doms, together with numerous other fiascos.

Such things will not happen under the Conservatives, we were assured. Lord Howe and his “group of senior tax specialists and experienced politicians will propose long term tax reforms to the way we make tax law in this country”. Then again, long-term tax reform to the way the people of this country are over-taxed might also be quite a good idea but that did not figure in Mr Osborne’s speech.

The third principle is transparency and this is where those environmental taxes come into play. Mr Osborne is determined that emphasis should shift to them from business (little enough was said about other kind of taxation though, apparently, those promises about inheritance tax and stamp duty will be kept).

There will be no stealth taxes. Every new green tax will be clearly noted as to what it replaces.

That is why I have pledged that any new environmental taxes that we propose will be replacement taxes not additional stealth taxes. Any additional revenues will go into an independently audited Family Fund that can only be used to reduce other taxes on families.

Sounds a bit fiddly and will require a great deal of administration. What of cutting a bit of waste in the treasury?

So we come to the undeniable length and complexity of our taxation system.

That is why we are working with the experts to do the long term thinking on simplification.

With PWC on simplifying corporation tax.

And with Grant Thornton on simplifying income tax and National Insurance, and the administration of VAT.

And it is why the final aspect of the proposals being examined by Geoffrey Howe’s group will be so important – the establishment of a new Office of Tax Simplification with a remit to examine the existing tax system and make proposals for simplification.

With a permanent staff of tax specialists aided by secondees from the tax professions, this will create a powerful institutional momentum towards a simpler tax system.

Oh goody. Another Office and this one for Tax Simplification. Another bunch of civil servants plus secondees who will create another bunch of rules. As Cole Porter said, “another opening of another show”. That show will be more government and more elaborate ways of confusing the taxpayer so the realization of just exactly how much money is handed over to the government to misuse will be obfuscated.

Oh, and by the way, VAT is an EU tax. There is not much anyone can do about it, though he does say that it will only be the administration that will be examined and “simplified”.

The last item is fairness and this is covered by the need to raise the threshold for inheritance tax and stamp duty as these have not kept pace with rising asset prices. One cannot argue with that. There are various ways of taxing non-doms, which will, apparently be fair without driving people away from the country but no questions as to whether a serious reform, which would take people at the lower end of the income tax out of the system so they did not have to claim benefits would not be a good idea.

And above all, all tax reductions must be lasting and sustainable while the proceeds of economic growth must be shared.

David Cameron and I have been arguing for this long term approach to sustainable public spending for years.

Now the Labour Government have been forced by their own profligacy to adopt plans for the coming three years that halve the growth rate of government spending from 4% to 2.1%.

They too will be sharing the proceeds of growth. Not through choice but by necessity.We do have a choice.

We can either: stick with our long term course; stick with the commitment I made to spending growth of 2.1% for the coming three years; review the final year when we know the state of the public finances; and understand that in an economic slowdown this will mean tight spending plans and difficult decisions about government priorities.

Or we can head off onto the margins of the political debate and reduce spending growth even further for the sake of a short term argument.

Gordon Brown believes in the politics of 'dividing lines'. I've seen where it has got him: the most unsuccessful start of a premiership in modern British history.

We are not going to follow him down that dead end. We are a serious and credible alternative government. We will do what is right for the country.