If this is global warming … 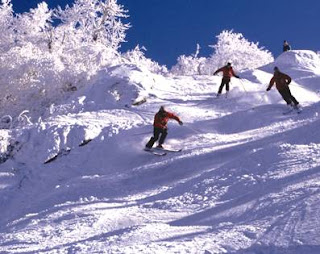 For skiers, this winter has been a bundle of fun, The Guardian currently reporting that most resorts, from France, through Switzerland, Austria and Bulgaria have enjoyed "good snowfall".

That description applies even in the United States, where we are also told that the "good snowfall continues" and that, with temperatures around -10C, conditions are superb. There have been heavy snowfalls in most Canadian resorts, and more is forecast. Chilcotin Mountain Range has 80cm of fresh powder, while Blue Mountain has 50cm. More snow is expected this week, particularly in Whistler.

The outlook, however, is less good for travellers in Washington State where it is reported most passes in the Cascade Mountain are, "well, impassable!" In just one, the White Pass, 39 inches of snow have fallen and the season snowfall total is now at 42.4 feet, with 15.75 feet of that falling since January 26th. 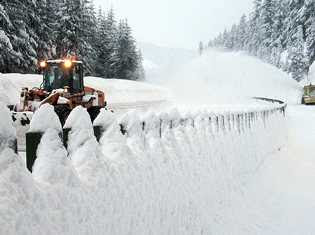 Over in the east, The Boston Herald is reporting that Conway residents, while appreciating that this winter’s plentiful snowfall has been great for ski areas, are complaining about the amount of snow they are having to clear.

One store manager is saying that, in a normal year, she would have the snow removed when the snow banks reached about 6 feet tall, but because it has snowed so often this year, the shopping center can't afford to remove it as regularly. "It is very expensive," she says. "I'd say, right now, snow banks are more than 12 feet high" in some places.

In North Conway, as of Friday, 87.8 inches of snow had fallen since the beginning of winter, about five inches more than the 30-year average for the entire winter, with 16 inches falling in the last week. 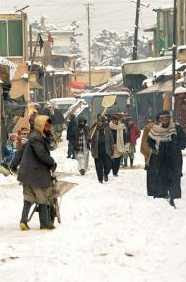 The tales of bonanza and inconvenience, however, pale into insignificance with the fate of Afghanistan where the authorities are reporting that more than 750 people have died in "the harshest winter in decades". More than 500 homes, mostly traditional mud brick houses, have been destroyed and tens of thousands damaged by the heaviest snowfalls in 30 years. Nearly half the villages in the country were still cut off from major cities, and thousands of livestock have also died of the cold.

Currently it is the western region bordering Iran that has been hardest hit, but the weather does not stop there. After heavy snowfall in early January, killing 21 people, it is now reported that snow has fallen on the desert regions of Khur and Biyabanak in eastern Iran for the first time in 50 years. Four inches of snow had fallen in the last 24 hours, forcing schools to close. 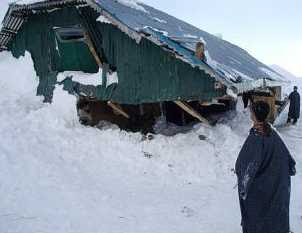 Further east, in Indian Kashmir, snow has also been falling at an exceptional rate, with avalanches having killed 22 people and left 15 missing. The region's main highway to the outside world has been blocked.

In China, after the heavy freeze (pic below) the situation is reported to be returning to normal – although further snow is forecast – some ten percent of woodland is reported to have been destroyed by the recent freeze, while Xinhua reports that snow and sleet topped the list of ten words, which were most frequently used in China in January, selected from major domestic newspapers and news websites. 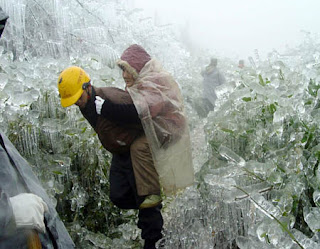 And even Japan has been hit, with heavy snow falling in several prefectures on the Pacific side of central and eastern Japan since Sunday morning. At least 45 people have been injured.

Meanwhile, Sweden is complaining that a lack of snow is affecting that Suzuki World Rally while, on the other side of the world, Booker is reporting that ice in the Antarctic – where it is currently high summer - has increased to easily its highest level ever recorded at this time of year, currently 30 percent above normal.

Thus, taking in our earlier report, we have had a band of exceptional snow and cold across the whole of North America and Canada, and from Eastern Turkey, through Iran, Tajikstan, Afghanistan, Kashmir, China and even Japan, with only parts of Europe escaping. Already, January 2008 had the largest area of Northern Hemisphere snow cover for the period of 1966-2008, just slightly larger than the previous largest anomaly of January 1984 - and February is set to exceed even that.

If this is global warming then, if it ever gets to cooling, we are in serious trouble.