Weeping after the event 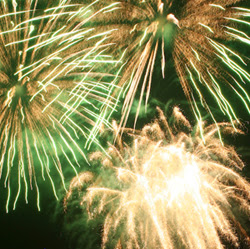 The Mail on Sunday today is shrieking: "EU 'to kill off firework displays' as new safety regulations come into force".

It is so nice to learn of this – well after the event, when absolutely nothing can be done about it. The EU commission's proposal was first announced on 14 October 2005 and we reported it the following day but, as far as we are aware, the MSM did not bother to pick it up.

The measure was then agreed in December 2006, whence the issue was again ignored by the MSM and now, that it is due to take effect from 2010, we have The Mail on Sunday raising the alarm.

Thus we are told that "firework displays from the largest Guy Fawkes Night spectacle to the smallest back-garden show are under threat from European legislation." A directive already approved by MEPs and EU ministers, continues the paper, will force Britain and other member nations to tear up their own safety standards and adopt new regulations by 2010.

Health and safety bureaucrats in Brussels, the Mail burbles, also want to make manufacturers pay for the retesting of tens of thousands of fireworks already considered safe in Britain.

And we learn from, Tom Smith, the Confederation of British Industry spokesman for the pyrotechnics industry, that the new rules would make it impossible for firework-display firms to produce shows of variety and value. "Not a single person in Britain will be made safer by all this additional testing, but everyone will be affected by it becoming much more expensive and bureaucratic to import fireworks," he says.

"It's a very real threat," he adds. "You won't have New Year's Eve shows in London and Edinburgh, or on Guy Fawkes Night. We wouldn't even have a display at the opening ceremony of the London Olympics."

Of course, had the paper raised the alarm in 2005, there might have been a slender chance of doing something about yet another piece of unnecessary legislation. Had we had our own government, there might have been an even better chance. But since our newspapers can't be bothered to report what is going on in Brussels, and our parliament is effectively neutered, the Mail piece is just weeping after the event.