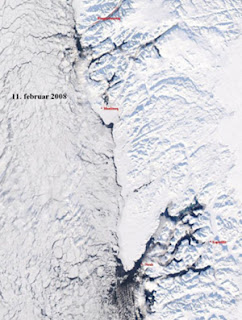 This, ostensibly, is on the back of a US Geological Survey prediction that it will fall by two-thirds by 2050 "if the Arctic ice where the animals live continues to shrink". But the real story is about environmentalists using concern for these animals as a means of blocking oil and gas exploration rights off the Alaskan coast. To that extent, polar bears are to American Greenies as newts are to ours - an excuse to close down vital development, irrespective of the consequences.

One would like to think, however, that our sagacious journalists could see through this and could perhaps have enlivened a flat story with an excerpt from Sermitsiaq. This reports temperatures of minus 30 degrees Celsius in large parts of western Greenland, with Denmark's Meteorological Institute stating that the ice between Canada and southwest Greenland right now has reached its greatest extent in 15 years. 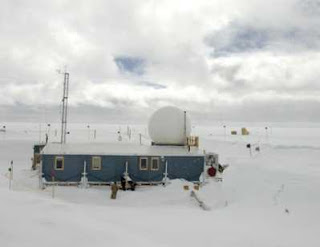 They could also, perhaps have noted that polar bears are having to be killed in Greenland as they encroach on human habitations, driven inland to forage because there is too much ice.

As always, though, the journos are behind the curve. Instead of informing their readers, they trot out sentimental Greenie trash like this, telling us that, "The Arctic is screaming." Enjoy it while you can chaps … it ain't going to last.