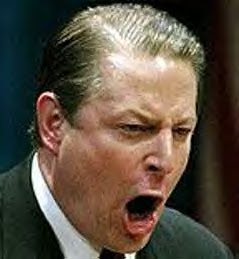 Of course, if you overplay your hand as the man made global warming fetishists have done, you are even less likely to fool all of the people.

It seems that the latest Ipsos Mori poll shows that the public is sceptical about the global warming crisis.

Findings by Ipsos Mori show Britons believe that the issue is not as bad as the scientists and politicians claim.

There is also scepticism about "greenspin" and a feeling that the situation is being overstated in order to raise revenue rather than save the planet.

In fact climate change is not a priority for most people in the UK - terrorism, crime, graffiti and even dog mess are of more concern.

One may add that graffiti and dog mess are also environmental issues closely linked to criminal ones. Then again, it is soooooooooo much easier to natter on about global warming and the terrible new form of original sin that we are all guilty of than to deal with immediate environmental problems.

Of course, if the greenies really wanted to win the battle of ideas they would have chosen a better spokesman than Al the Goracle. One wonders what the Boy-King to whom outdated green issues are sacred will make of this poll.