An election soon in Poland? 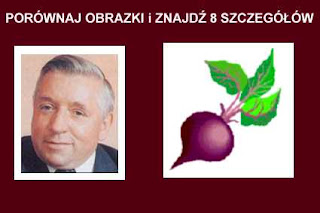 There is a possibility that the Kaczynskis are not actually going to be there at the IGC. Spiegel reports that Prime Minister Jaroslaw Kaczynski has fired his deputy, the leader of the rural Self-Defence Party, Andrzej Lepper, who was also the Agriculture Minister.

Last time Lepper was fired was because he criticized the Prime Minister. This time the charge is a little more substantial: Lepper’s name has been linked to a corruption investigation that involves the Agriculture Ministry with two of his supporters arrested yesterday. Lepper is denying any connection.

The ousted Deputy Prime Minister immediately announced that he would not be returning to the government again and that his party was pulling out of the coalition. That would leave the Law and Justice Party running a minority government.

Opposition parties are filing motions for the dissolution of parliament but voting on them has been postponed, probably till September. At present Law and Justice is losing popularity and there is some doubt whether Self-Defence would achieve the 5 per cent of the vote that is necessary for parliamentary membership. This may well reinvigorate the coalition despite Lepper’s huffy comments.