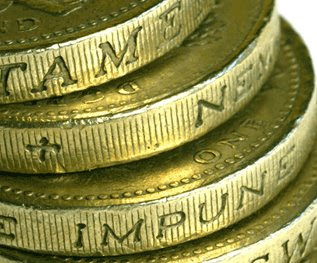 As the UKIP case makes its tortous way through the court (hearing completed, decision due in the first week of August) other parties' finances are looking a little moth-eaten, too. The Electoral Commission has published their accounts for 2006, as the Guardian reports.

Entitling the story "Donations to Cameron's Tories run at four times rate to Labour", which would imply that somewhere in the country there was another bunch of Tories, the article explains that the Conservatives are doing considerably better financially than all their opponents (especially those whom the Electoral Commission takes to court).

Mind you, all those donations will probably swallowed up in a big increase in staffing in GCHQ, whose value we have yet to see, not to mention the salaries some of the top staffers earn. In fact, the situation resembles somewhat the NHS and the money that Gordon Brown as Chancellor kept chucking at it, only to see it disappear into ever more and ever higher salaries.

The Conservatives report a £4.2m surplus after paying £2.2m to boost the pension scheme for party agents. At £19.9m, income from donations is £6.4m more than the party raised in the general election year under Michael Howard. This includes £4.9m in conversions of loans to donations. Revenue from membership was also up, from £843,000 to £899,000. Overall debt was halved from £18,082,000 to £9,011,000, while £2m was invested in a new computer system to help fight the next general election.

The Labour Party has done considerably worse, which prompted a Labour supporting acquaintance of mine to suggest that this was another reason for Brown not wanting to go to the country in a hurry. (That was before I explained to him the timetable for the "reform" treaty. He had already bought the coffees, I ma glad to say.)

Labour cut its deficit from £14.5m to less than £1m, but to achieve this had to reschedule loans from big donors, take up a bridging loan from the bank and sell its old headquarters. It made a profit of £26,000 on the £5.8m sale of its Old Queen Street headquarters. Expenditure has been cut by 15%, 133 staff have lost their jobs, and overall debt has been cut by £2m to £25m.

There are, needless to say, some complications with those involved in the no-longer-cash-for-honours-scandal.

The Lib-Dims are not doing too badly but are having problems because of a certain injudiciousness in their choice of donors:

The Liberal Democrats report a turnaround from a deficit of some £207,000 to a surplus of £1.17m. Most of the new money comes not from individual donations, but from the state and Joseph Rowntree. The party's auditors insisted the Liberal Democrats record a £2.4m donation from Michael Brown, owner of 5th Avenue Partners, given during the last election, as a contingent liability depending on the outcome of a City of London police inquiry.

The Electoral Commission seems in no hurry to deal with the issue any more than it wants to sort out the postal votes mess but that is another rather disgraceful story.

Never mind, the Commission has been busy and not just with UKIP:

The commission says the Co-operative party has been fined £500 for being six days late and the British National party, which has still to submit accounts, could face a much higher fine.

Funny how they always go for the littlies.

What happens if a political party goes bankrupt the self-same Labour supporting acquaintance asked me. We might yet be privileged to see such an event. Not, of course, if they manage to pass legislation to fund them even more extensively from taxpayers' money.