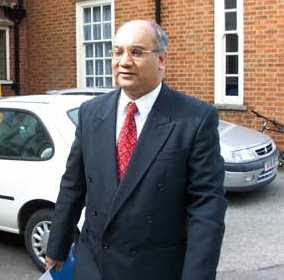 Former Europe minister Keith Vaz is in print today in The Daily Telegraph letters column, arguing that the new "reform" treaty is fundamentally in British and European interests.

He then avers that there is "no need for a referendum on a text that had been directed to abandon the constitutional concept, and meets British demands on foreign policy, tax and the judicial system."

It is interesting how so many of the EU groupies are relying on the weasel-worded "constitutional concept… is abandoned" defence of their sleight of hand and doubly so that they all manage to sing to the same hymn sheet.

As you might have expected, it was the BBC that was one of the first to confuse the term “constitutional concept” with the constitution. This it did as early as 20 June when it noted that Merkel's report to the European Council included the words, the "constitutional concept... is abandoned", which it duly reported under the headline, "EU to drop idea of constitution".

Since then, we have seen Tony Blair, David Milliband, Jim Murphy, Gordon Brown, Harriet Harman and now Keith Vaz all relying on the same formula.

What is surprising (why am I surprised?) is the slowness of the Eurosceptic community to pick on this (quite clearly) deliberate confusion, and the failure of the Tories to address in Parliament and at other venues.

Pedantry it might seem, but since the "constitutional concept... is abandoned" lie has developed as one of the central planks on which the Labour government is basing its case for refusing a referendum, it seems logical that attempts should be made to debunk it.