Can we learn from the Russians? 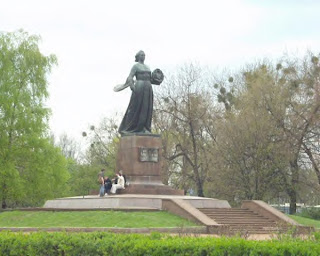 Actually, the question ought to read: should we learn from the Russians. As it happens, I do not mean learning how to write great novels because they seem to have forgotten that as much as the British have. No, I am talking about certain political transitions that consolidate a managerial system of governance as opposed to a political or constitutional one, all in the name of greater efficiency.

In the interview the new Foreign Secretary, David Milliband, gave to the Financial Times (and, on the whole, he came out better than the supposedly wise and experienced Sir Mark Malloch Brown did in the Daily Telegraph yesterday) he referred to the difficulties the European project is facing.

There will be plenty of opportunity for him to say a good deal more about Europe and, even, the European Union, though, astonishingly for a politician, he appears to know the difference. (Knowledgeable, eh? The man will have to go.)

Russia, which has, incidentally, pulled out of the Conventional Forces in Europe Treaty, as Putin has been threatening for some time, thereby achieving nothing, is ahead of us in the game of managerialism.

Moscow News reports that ever more cities are to discard elected mayors in favour of appointed managers. Elections for regional governors were abandoned some time ago, but now the system is spreading down to the lowest denominator.

It looks like Kaliningrad, the capital of Russia's European exclave on the Baltic Sea, [formerly known as Königsberg and now the possessor of a fine Mother Russia sculpture as shown above] will soon join the ranks of those Russian cities where the chief administrator is not the mayor, elected by the residents, but a city manager hired under contract.

The initiative to revise the statute of Russia's westernmost regional center came from Alexander Yaroshchuk, chairman of the city council and leader of the United Russia party. According to him, the present city administration system has outlived its usefulness. Should the new system be adopted, the chairman of the city council will become the mayor, but will only deal with ‘city development strategy.' Translated from bureaucratese, this means performance of political and representative functions.

As for running the city on a day-to-day basis - this will be the function of the chief administrator, or city manager.

Evidently, this new scheme safeguards the regional authorities against the unpredictability of the people's choice - i.e., the choice of mayor. After all, legislators are much easier to control. In April, a similar amendment was made in the statute of Kursk, according to which this city in central Russia will be administered by an appointed mayor. Last year, Saratov and Veliky Novgorod (both in central Russia) scrapped direct mayoral elections. This shows that the vertical chain of command, in which top officials are not elected but appointed, has moved from the RF constituent members (i.e., republics, territories and regions) to the local level.

In the meantime, just to ensure compliance, various elected mayors have been arrested and charged with political malfeasance. Mayors who have fallen out with their regional governors appear to be particularly at risk. Of course, David Milliband and the people he admires, who are going to ensure that the EU is efficient and all those niggling little arguments about structure and institutions are disposed of, will not have to resort to arrests or trials, rigged or otherwise. It does not look as if anybody is going to protest too much.