And now the fun begins 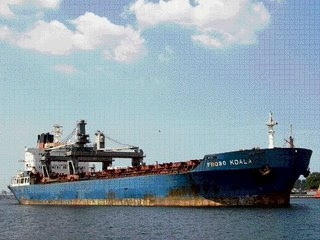 Whatever else, you have to give the Empire full marks for prescience. Yesterday, it proudly announced that new waste shipment regulations came into force, no less than the 98-page Regulation (EC) No 1013/2006 of 14 June 2006.

What makes this remarkable though is the claim by environment commissioner Stavros Dimas, that the new law is aimed at making sure "that tragic accidents such as last year's dumping of dangerous waste in the Ivory Coast never happen again" - a claim repeated uncritically by the BBC.

"This is why," he said, "we must have strong and efficient measures at EU level to prevent illegal shipments of waste and to ensure that when waste is shipped for treatment outside the EU, this treatment does not damage the environment."

The Ivory coast incident occurred when the Dutch-chartered ship Probo Koala (pictured above) dumped toxic chemical slops, leading to 16 deaths and tens of thousands of sick people who suffered vomiting, diarrhoea and breathing difficulties after inhaling fumes from the waste. 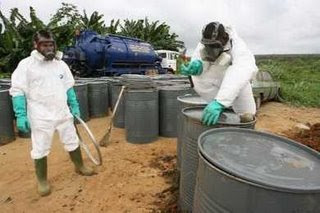 But the interesting thing is that the ship actually discharged its deadly cargo on 19 August 2006, a clear two months after Mr Dimas's legislation was signed off in Brussels. But such is the skill now of the gifted servants of empire that they can foresee such incidents and have new laws ready and waiting to deal with them, before they even happen.

Nevertheless, the legislation does indeed deal with the export of hazardous waste to developing countries, banning it completely – and a lot more besides, including stringent controls on the export of waste outside the EU, for recycling purposes. And this is where the "fun" is going to start.

As we reported at the time, the Probo Koala incident occurred because the Dutch authorities would not allow the toxic cargo to be offloaded in Amsterdam for treatment. Since the master of the vessel would have incurred a $250,000 penalty for the late arrival of his ship at the next port of call, had he diverted to "a special facility", he chose to sail with the cargo on board – with the tragic results of which we are now aware. 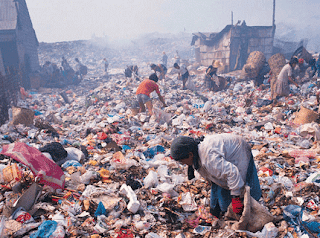 This points up the nub of a problem that is now going to intensify. While, with the help and "guidance" of Empire legislation, waste disposal facilities have been much reduced, while disposal costs have soared. The inevitable result has been a massively expanding export trade, dumping our waste on third world countries such as China, but also India, the Philippines, Malaysia and Indonesia.

Under these new regulations, however, many of the practices currently undertaken will either be banned outright, or heavily restricted (e-waste will be a particular problem), with an overlay of bureaucratic controls and inspections. These will force (which is the intention) the EU provinces to come to terms with dealing with their own waste. 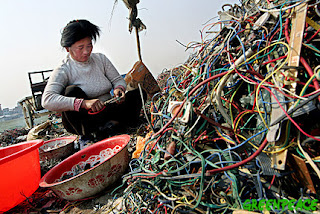 This is something local authorities, throughout Europe but especially in this country, have been trying to avoid, given the estimated costs in the UK of £10 billion to set up an adequate waste processing infrastructure and an annual £6-8 billion for running costs.

Slowly but surely, as the regulatory net tightens, local authorities will be driven to make the necessary investments but, limited by how much they can increase politically sensitive local taxes, and with no support from central government, something is going to have to give.

With local electors already groaning under the burden of sustained increases, and many of the view that they are not getting value for money, we can start seeing services reduced even further so that local authorities can make ends meet. Then, one hopes, people will really be able to see the effects of the Brussels obsession with banning landfill, which is at the heart of the waste policy. By then, of course, it will be too late.