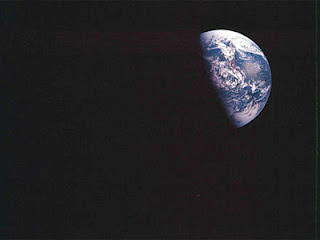 To add to the woes of the Empire's favourite project, France and Germany are apparently having a dust-up over the funding of Galileo.

The Guardian tells us that the two countries cannot agree about how further taxpayers' money should be channelled into the bail-out, with Germany preferring voluntary contributions via the European Space Agency, while France wants cash sourced directly from the European Empire's budget.

Enter Olivier Houssin, head of the commercial and security operations of French electronics group Thales. Speaking with all the tact of an, er… Frenchman, he says Europe runs the risk of being left behind in key commercial and military applications by the US, China, Russia and India.

While the UK still clings to the notion that private finance is the way forward, Houssin dismisses the PPP/PFI as "a false good idea" because Galileo was a "strategic infrastructure" that Europe had to fund publicly. "If Galileo collapses it will be the collapse of the most important EU programme outside the common agricultural policy," he said in an interview. "Europe is stagnating in space".

However, making a comparison between the CAP and Galileo does seem, on the face of it, a tad unfortunate, especially as Galileo looks set to be about as successful as the CAP.