Taking over our health services 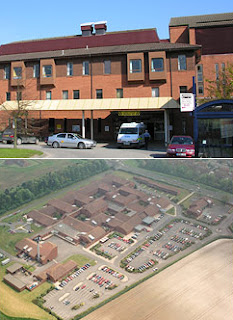 The news of Scarborough heath trust in financial difficulty may be a strictly local affair – with the announcements of 600 job cuts to recover £10 million of the overspend – but, if the EU has its way, the days of the National Health Service being able to determine its own spending priorities are numbered.

Only yesterday, the EU commission took another step towards creating an EU-wide market in health care, announcing that it was starting infringement proceedings against the UK (and Spain) following the refusal of health authorities fully to refund the costs of urgent hospital treatment received in another member state.

This arises from the situation where many health systems in Europe do not cover the full costs of treatment and the users have to top up payments, usually from health insurance.

But an anomaly arises for UK citizens who have their treatment provided free at the point of use, as long as they are treated in the UK. When they travel abroad and get treatment, there is the facility to reclaim medical expenses but the UK currently reimburses only the amounts that would be repaid by the state in the country where treatment is sought.

In France, therefore, where for some treatments the state will only cover 20-30 percent of costs, a British traveller will only get the same by way of reimbursement, having to find the difference themselves.

It is to this practice which the commission objects, arguing on the basis of the earlier Vanbraeckel judgement (Case C-368/98), that the patients specifically seeking treatment in other member state have to be reimbursed at the same rate that they would receive in their home countries. In other words, British travellers in France – for instance – would be entitled to recover the full cost of treatment from their own government.

Now, the commission argues that this principle should apply when a tourist or anyone else temporarily resident in another member state is in need of urgent hospital care. It is this issue that is the subject of the infringement proceedings.

Although, in itself, a relatively arcane issue, this follows on the back of other ECJ cases (here and here) which are gradually eroding the ability of health services to control their own spending. If, like Scarborough, a health trust is forced to slow down treatments rates for economy purposes, residents can simply opt to have their treatment in another member state, and the health trust must pay for it. Furthermore, if the commission's infringement proceedings are successful, it will have to cover holiday-makers and expatriates' costs - which would hitherto have been covered by insurance.

There is, of course, an argument that this will be beneficial to individual patients, but there is a downside. One can see a situation where local health trusts will find it necessary to cut back local services simply to pay the costs of people who travel abroad for treatment. If (or when) when that happens, for good or bad, we will no longer have a National Health Service. The EU will be in control.