A good and faithful servant 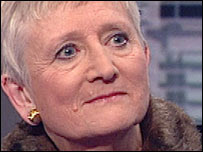 In 204 pages, Dame Pauline Neville-Jones has produced her commission’s report on defence and security for the Conservative Party. Headed "An Unquiet World", much of it is dedicated to national security with a mere 32 pages dealing with defence.

In what will have to be a series of posts, we look at this report and the implications for Tory policy and the wider debate. In this first post, we look specifically at the Neville-Jones "take" on "the role of the USA in British Defence Policy", the implications of which, her commission argues, will greatly affect our policy.

In the first few lines of this short section, however, we see immediately where Neville-Jones is coming from as she immediately raises what to her is the “crucial choice” - whether the UK should continue to align itself so closely with US forces and doctrine.

That we should even be considering whether to make such a choice is, in fact a major political statement, as both UK and Conservative Party policy traditionally has been to foster a continued and close military alliance with the US – both multilaterally through Nato and bilaterally.

The reasons for this alliance are many and varied, but not least self interest. The US is the most powerful military force on this planet and it is this, through Nato, has kept the peace in Western Europe since the last World War. Furthermore, even to this day, it contributes considerably to the defence of this country, stationing considerable assets in the UK, which are available to the British government.

Yet, such factors Neville Jones does not even consider. Instead, she boils down the rationale for the alliance into a single aim: to gain influence over American policy. It is only for this reason, and this reason alone, that Neville-Jones will allow that we have sought to shape our own defence policy "with a view to what would be taken seriously by the United States, militarily and politically." This, she says, "has had a determining effect on the structure of our forces", although she also allows that, in its own terms, "this policy has had considerable success."

The distortion thus introduced is stunning in its breadth, but it is essential, as we will see, to the Neville-Jones narrative. Not for one moment, it seems, can she permit a more obvious reason for the alignment of our defence policy with the US – that simply, as allies, we might expect to fight against a common enemy, to which effect, it is essential that there is an element of harmonisation in both equipment and doctrines.

Through the distorting lens of the Neville-Jones view, however, her thesis is developed to make a case that alignment with the US has involved a huge investment which, she argues – in the context of Iraq – "has not on the face of it resulted in the effective exercise of customary influence over American policy and most certainly has not led to an outcome in the British interest." Indeed, she avers, since the damage to British interests has been very considerable, "we need to ask what end is being served by the big investment."

The foundations thus laid, she poses three heavily loaded questions: do we have special access or is the special relationship all an illusion; is its very large military and intelligence component any longer affordable; and what kind of bang are we getting for our invested bucks?

Having thus framed, very tightly, the argument, Neville-Jones accepts a continued need for intelligence cooperation but is able to cast doubts on our ability to finance a continuing military relationship with the US.

To strengthen her case, she asserts that, through developments in military technology, the US will leave all other militaries behind and unable to operate in tandem with their forces. "It is unlikely", she says, that our armed forces will be able to plug into American systems unless they keep up continuously. And this, of course, has "substantial financial and doctrinal implications" for the UK military, the underlying theme being that we cannot afford the financial cost.

If we go with the Americans, we shall have to integrate more with them, she adds and, if we do not, "we shall rapidly be no more useful to them militarily than other allies already are."

Such an argument seems persuasive, but it is wrong. Military cooperation stems primarily from the political level. Given the political will to cooperate and, compatible command structures, differences in equipment and doctrines can be reconciled by allocating different areas of operation to different militaries within the same theatre.

That was the option in Italy in 1944-5, when British forces drove up the west while US forces fought in the east. It worked in Northern Europe, where the British-led forces took the north and the US Armies went south. This is what is happening in Iraq, where the British have occupied the south while US forces occupy the centre and north. It is also working in Afghanistan, with the Americans in the West, the British in the centre and other coalition forces in the east.

This, Neville-Jones partially acknowledges but she over-rides this option with the assertion that "the financial challenge of keeping up with the US is becoming formidable". The UK procurement budget is inadequate to cover the agreed programme. Thus, she introduces the possibility of British forces accepting the "trend towards force specialisation", playing to UK strengths such as our special forces but cutting out other capabilities.

That, in fact – although unstated – is the modus operandi of the European Rapid Reaction Force, but it is not one which the UK has yet espoused. Neville-Jones is suggesting we follow the European route. It should be possible, she says, for the UK to retain forces which are advanced and affordable, but they would need to be structured somewhat differently from today.

That the Americans could perceive this as a degradation of the capability of the UK junior partner is not something that seems to be of concern. What is of more concern, Neville-Jones writes, "would depend on factors important for the UK and going well beyond UK/US relations" such as inter alia the "degree of multilateralism to which the US were committed". There is, the unspoken condition - we work with the US only if it is prepared to embrace multilateralism.

From there - in a thoroughly rigged argument – the conclusion is pre-ordained. The UK continues its close alignment with the United States, but only for the time being, planting the real agenda – the possibility of "important variation in detail in the future". This is nothing more or less than a heavily coded plan for progressive detachment from the current bilateral relationship with the US.

Of course, Neville-Jones, the great Europhile, is not going to declare it openly, but the agenda is there. British armed forces should become a specialised component of a multilateral structure, through which they relate with the US. And, for "multilateral structure", read European Union.

A good and faithful servant to the "project", she has planted the seed.