The Galileo of the internet 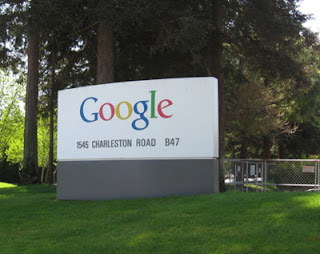 The US has one, so we must have one! That seems to be the driving motivation behind the EU’s vanity project, the Galileo satellite navigation system. And so it is with the internet. Those damn Yankies have Google so we must have our own search engine, just to prove we're as good as them.

But nothing symbolises the divide between old Europe and the New World. Whereas Google is a testament to the power of free enterprise, set up by Larry Page and Sergey Brin, then PhD students at Stanford University, the European version is a multi-million project, heavily subsidised by the German and French governments, and developed by some of the largest corporate giants in Europe.

Initially launched by Chirac last August to counter “the threat of Anglo-Saxon cultural imperialism”, the then French president declared that: "We're engaged in a global competition for technological supremacy. In France, in Europe, it's our power that's at stake."

Being the EU, though, nothing could go ahead without permission for the commission (so much for French power) and yesterday the German government got the go ahead to pump €120 million into developing the system.

Interestingly, the commission thought that the benefit to the public of creating new technologies and putting more cultural material onto the Web outweighed the risk of giving selected companies an unfair advantage via subsidies.

Even then, symbol of European unity it ain't. Unable to agree about the fundamental role of this magic engine, which is supposed to have "advanced multimedia search engine, creating a set of tools for translating, identifying and indexing images, sound and text," the Germans are calling their bit Theseus, while the French are calling their's Quaero (will it end up called Quaerseus?).

Despite government largess, however, the funds allocated are a fraction of what Google is currently able to devote to product development. Already, the Anglo-French project has been dubbed by search experts Autonomy in the Financial Times "a blatant case of misguided and unnecessary nationalism" which, by the time it is actually produced, will be a generation behind the products coming on stream.

Altogether, it seems to have the makings of a classic European project.