These foreign ministers are quarrelsome 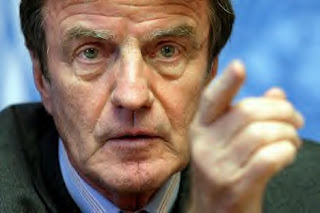 There appears to be some disagreement between Massimo d’Alema, once again the Foreign Minister of Italy and Bernard Kouchner his outspoken French counterpart. We have already had occasion to welcome M Kouchner’s appointment.

The argument was about terrorist groups in the Middle East, a subject that seems to cut across the old notions of right and left, rather like attitudes to the European Union do in Britain and to the war on terror in general across the world. 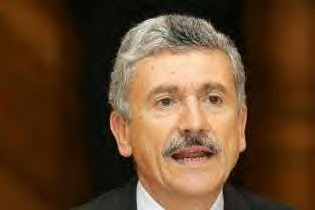 Signor d’Alemo pronounced that isolation of Hamas, as practised by Israel and the West was a very bad idea as it drove that organization towards Al-Qaeda. Not so, responded M Kouchner, completely ignoring the fact that foreign ministers of EU Member States should agree with each other in order to create a common foreign policy and give Europe a stronger voice on the international scene.

I think Hamas did not wait for this extreme situation -- the current terrible situation in Gaza -- to have contacts with al Qaeda. And it would perhaps be too simple to think that we, the international community, are responsible.

Of course, he added, one should not isolate the people of Gaza but did not specify what one should do. As it happens, the world has not precisely ignored the people of Gaza or their rulers. They have just acquired their very own ex-Prime Minister to sort their problems out. And which group in the world has its own, its very own UN organization to pour money into the area (not forgetting to skim off handsome salaries for themselves) and to promote the notion that they are victims for ever more? Yes, indeed, the Palestinians.

An Israeli blockade has tightened around Gaza's population of 1.5 million since Hamas seized the territory.

Oh really? Whatever happened to Egypt and the Rafah crossing that Egypt closed? What of those Palestinians from Gaza who are stuck on the Egyptian side with nobody caring about them very much? Not our problem, mate.
Posted by Helen at 00:52