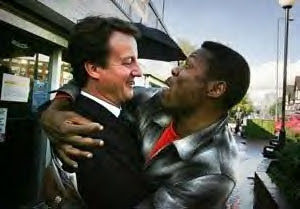 From the moment we all became aware of the Tory jaunt to Rwanda, some of us have been engaged in furious altercations about it. Inevitably, whenever I raised such questions as what can one actually build in two weeks and do these people have any building skills, I was told that I was a cynic, as if that were the worst kind of accusation in politics.

As it happens, I do have my fair share of cynicism, much of it to do with politicians and their shenanigans. It does not seem to me to be particularly sensible to go around pretending to be like the mushy Madeleine Bassett created by the incomparable P. G. Wodehouse, who was given to pronouncements on the subject of stars being God’s daisy chain and babies being born every time a fairy blew its wee nose. She was, needless to say, an idealist, who would not even understand cynicism, let alone experience it, and a considerable pain in the neck to all those around her, especially Bertie Wooster.

There is a longish rant about the real cynics of the Rwanda jaunt and the non-modernization of Dave Cameron's Conservative Party here.