How to avoid a referendum 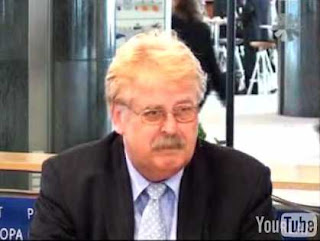 Picked up today by The Daily Telegraph are comments made last week by former Italian prime minister, Giuliano Amato who claims claiming, according to the paper, that the revived EU constitution has deliberately been made "unreadable" to help fend off demands for a referendum.

Actually, the reality is even more interesting, in that Amato alludes to a strategy of prime ministers deliberately distancing themselves from the final text, telling his audience at the Europhile Centre for European Reform that "…in terms of consolidated text to be produced by the secretariat, nothing (is) directly produced by the prime ministers because they feel safer with the original thing. They can present it better to their electorates in order to avoid dangerous referenda."

The report, based on a recording of the meeting made by "Open Europe", has Amato saying of the treaty-to be, that "any prime minister - imagine the UK prime minister - can go to the Commons and say 'Look, you see, it's absolutely unreadable, it's the typical Brussels treaty, nothing new, no need for a referendum'." He adds: "Should you succeed in understanding it there might be some reason for a referendum, because it would mean that there is something new.'"

Interestingly, German MEP Elmar Bock (pictured), in an interview with Dutch television, regretted that the clarity of the original constitution had been lost. He was "not happy" with the outcome of the European Council as "the transparency was not there". The original constitution was readable, but now, he complained, "we have a classical international treaty with a lot of footnotes that nobody can understand."

Nevertheless, he was content that the "real substance and content" had been saved. The structures and the institutions, he said, "will be exactly the same as was in the constitutional treaty." Therefore, he concluded, "this has no importance in the direct work here because that was safe and there was real progress."

Asked directly if the constitution was dead, he then replied: "I think we got the substance of the constitution," adding that "the European Union is ongoing creation … we keep that what is at this historical second possible and then we will see for further progress."

Once again, therefore, we see the traditional, familiar process in play, with the "colleagues" grabbing what they can and then coming back for more at a later date. This time, they got nearly what they wanted, for now. But it is never enough. If not stopped this time, they will be back. Even if they are, they'll still be back.