The debate is not over 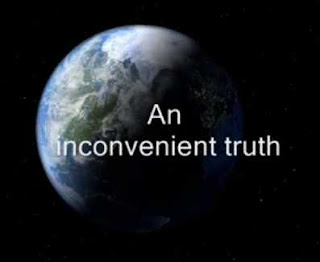 No less than three stories in The Sunday Telegraph attest to the simple fact that, despite the warmists' insistence, the global warming debate is far from over.

The main story points up how much of an industry the scam has become, the paper retailing estimates produced by the Taxpayers' Alliance which suggest that local authorities are paying out £100 million annually "to fund an army of 3,500 workers to tackle climate change", graced with such grand sounding job titles such as "carbon reduction advisors" and "climate change managers".

As an aside, if you ever wanted an explanation as to why the Tories have completely lost it – having bought into the scam, hook line and sinker – you need go no further than the insipid response from Eric Pickles, the Tories' local government spokesman.

Instead of justified outrage at the total waste of money, he bleats that, "while many local authority eco-friendly policies were sensible, they should not be used as cover for raising extra money or getting more staff", and adds, "It is important council green initiatives retain the confidence of communities - that they are mainstream, sensible and built into existing projects."

Then we get the indomitable Booker, whose column takes on not only the warmists over the recent attempted rebuttal of the research on the sun's role in climate change, but also the BBC – the number one groupies of the disaster theorists.

Booker's payoff line is, "Far from being settled, this debate is just beginning to get really interesting" and, in this, he gets unexpected support from Dr David Whitehouse, an astronomer, former BBC science correspondent, and the author of The Sun: A Biography.

In a comment piece headlined: "The truth is, we can't ignore the sun", Whitehouse also takes a tilt at the BBC, calling it "enthusiastically one-sided, sloppy and confused", and condemns it for not including any criticism of the research on the sun's role in global warming.

Whitehouse too concludes that it is apparent that the last decade shows no warming trend and recent successive annual global temperatures are well within each year's measurement errors. Statistically the world's temperature, he writes, is flat. The world certainly warmed between 1975 and 1998, but in the past 10 years it has not been increasing at the rate it did. No scientist could honestly look at global temperatures over the past decade and see a rising curve.

So, he concludes, "look on the BBC and Al Gore with scepticism. A scientist's first allegiance should not be to computer models or political spin but to the data: that shows the science is not settled."

If I were a "carbon reduction advisor" or a "climate change manager", I would be looking for a new job.