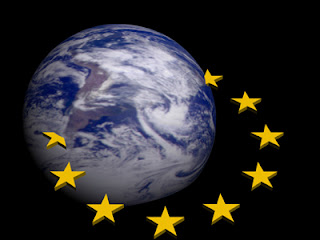 Research in the EU is one of the key priorities, so all the politicians say, with a commitment to increase the annual spend on research and development to three percent of GDP being a core part of the Lisbon strategy.

But that commitment means nothing when the vanity of the Empire is at stake, witness an EU commission plan to lop €548m off the research budget to finance the deployment of its Galileo satellite navigation system.

Such is the arrogance of the commission that, according to The Financial Times, it is pushing this proposal even while the provincial leaders are still considering not only how the project should be funded, but whether it should be funded at all.

This was on the table at a meeting yesterday in Brussels, where the Empire's draft budget for next year was being put together. But such is the underhand way the commission works that Galileo was not formally on the agenda. Nevertheless, as one EU official said: "Everyone knows the cuts could help to finance Galileo but few people want to admit it publicly."

One unhappy bunny was a spokesman for Janez Potocnik, the EU research commissioner, who complained that: "Member states reiterate on a regular basis that R&D is one of the areas where Europe can make a difference to its future. I really do not see the logic to proposing cuts to the R&D budget."

The man is quite right. There is no logic – we are dealing with vanity here, and that comes first.