That's the way to do it 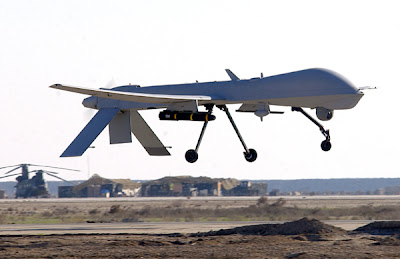 Courtesy of Defencetalk this little snippet comes our way:

In Iraq, an MQ-1 Predator unmanned aerial vehicle observed insurgents fire two mortar rounds then load the tube into the trunk of their vehicle before striking the target. The Predator then launched a Hellfire missile at the mortar team in the vehicle. The missile impacted the front of the car and it was destroyed.

The success of this missile strike highlights an issue we have been "banging on" about for some time, with miltiple posts (and here) written on and around this issue.

With technology such as the Predator available, there is very little excuse for tolerating the daily routine indirect fire attacks on British bases yet, recently, we have lost four servicemen to such attacks, one killed at Basra Palace and the other three at Basra Air Station. 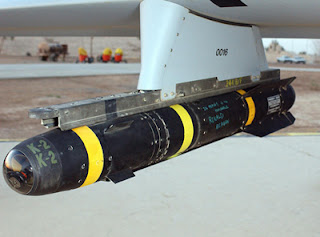 The MoD is extremely reluctant to talk about force protection measures – except when it suits it - and while we accept that counter-measures are improving and will continue to improve, whatever is being done is not enough or fast enough.

Force protection is not an academic issue but central to the successful prosecution of a counter-insurgency operations. We remarked on this recently: the MoD and Army must begin to understand that the currency of counter-insurgency is soldiers' deaths. As we noted, "The more the casualty rate builds, the harder it is to sustain operations in the face of mounting public opposition."

These indirect fire deaths come firmly in the category of "avoidable deaths" – and neither is the mounting toll of injuries (many of them serious) at all acceptable. If Brown (and Browne) have any hopes of maintaining even the vestige of support for their operations in Iraq and Afghanistan, they must focus on this issue and deal with it. And Mr Predator shows the way.