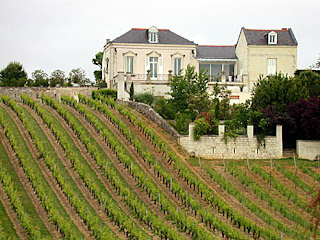 The reform of the EU's "wine regime" is one of those subjects that seems to be forever on the agenda, a regime that is now costing taxpayers some €1.3 billion in annual subsidies. We did a post in February last year and in the following June.

Now, it is back in the news as the details of the latest reform programme have emerged, attracting the opposition of both French and German growers – to say nothing of those in Luxembourg.

However, on the basis that the policy must be sound if everyone objects, the EU commission must be feeling vindicated as "new Europe" growers have joined the fray and are also complaining about the plans.

They say that setting a target of rooting up nearly half a million acres of vines, to solve the over-production which is driving down prices, will disproportionately affect the new member states. The grants of offer will be more attractive to "new Europe" growers than the established producers in countries like France.

Laszlo Kiss, president of Hungary's National Council of Wine Communities, is predicting that, if the reforms are approved, the size of the vineyards under cultivation in Hungary will be halved – a huge irony as there is no over-production in that country.

But such has been the scale of over-production elsewhere (did I mention France?) that it has driven down the price of wines throughout Europe, which means that "less efficient" small growers cannot make a living. Add to imports from the New World, which have risen by 10 percent annually over the past 10 years, and the industry is under real pressure.

If the Hungarians take the money and run though, it may well shrink the industry to below the critical mass needed to finance ongoing restructuring and modernisation. It will also heavily erode the capability to support then promotion campaigns needed to market high quality but relatively unknown wines.

Altogether, therefore, joining the EU could prove a disaster for eastern and central European wine growers, while the industrial scale producers of "old Europe" (did I mention France?) will benefit at their expense.

Why does this seem all too familiar?