It ain't getting better 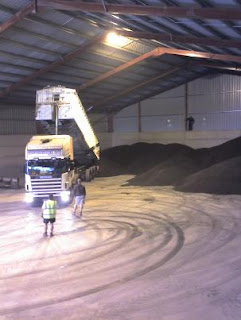 At last, the seemingly endless rise in global food prices seems to be getting some more attention, as the Financial times reports that "benchmark prices for cereals" at much higher levels are about to come into operation, making it – the paper says - almost inevitable that a second wave of food price inflation will hit the world's leading economies.

In Chicago, we are told, wheat and rice prices for delivery in March 2008 have jumped to an all-time record, soyabean prices are at a 34-year high and corn prices at an 11-year peak. Knock-on price rises are set to hit consumers in coming months, raising inflationary pressure and constraining the ability of central banks to mitigate the slowdown in their economies.

Back in the UK, food inflation was already running at an annual 5.1 percent in October. Analysts expect higher food prices to push overall inflation up in November.

So the bad news rolls in. In world trading on Friday, the new benchmark price of wheat for March delivery rose 26 cents to $9.795 a bushel, more than 4 percent higher than the expiring December contract of $9.39. Benchmark prices for corn are also more than 4 percent higher than previously. The benchmark prices for soyabeans delivered in January rose on Friday to a 34-year high of $11.64 a bushel. Rice, also for January, has jumped to an all-time high of $13.310 a hundredweight.

As always, the same culprits are responsible: high demand, poor harvests and low stockpiles of food but, on top of earlier warnings, we also get confirmation that high cereals prices are here to stay.

And so dire is the general stock situation that the US Department of Agriculture has predicted that global corn stocks will fall to a 33-year low of just 7.5 weeks of consumption, while global wheat stocks will plunge to their lowest level in at least 47 years at 9.3 weeks.

What remains even more worrying though is that neither our local government or the central government in Brussels seem to be showing any signs of understanding the nature of this growing crisis, their lack of engagement easily amounting to the most worrying aspect of this crisis.

While the "colleagues" fret and faffle about global warning, this is in the here and now and, as all the experts are saying, it ain't getting better.