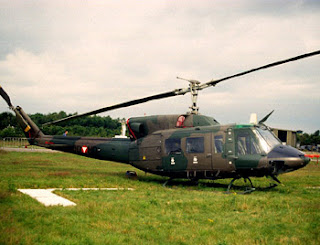 Austria's defence minister, according to AFP, has criticised the EU for delaying a peacekeeping mission to Chad because it could not find helicopters for the operation.

This was Norbert Darabos, speaking to the Austrian daily Oesterreich, telling the paper "It is a sign of incompetence on the part of the European Union that the start of such an important mission is being dragged on because of ten helicopters." "If the EU is serious about its role as crisis manager, then ten helicopters should not in fact be a problem," he added.

We could not have put it better.

And how many helicopters has Austria offered?