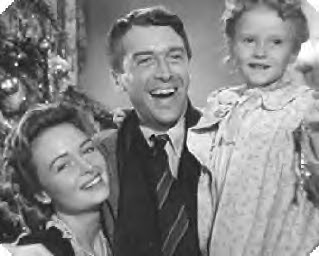 It is a tradition on the blog that both my colleague and I write Christmas messages on Christmas Eve and do not open our computers on the day itself (except that my colleague did last year because he was given a digital camera).

So, in true Christmas tradition I shall use this posting to display my annoyance with the world, both eurosceptical and otherwise. Actually, let me not mince words – mostly eurosceptical.

One of my favourite sites in all the world is Libertas – a conservative blog run by complete film fanatics. The main blogger, Dirty Harry, produced this year a list of top 25 Christmas movies. It had all sorts of goodies in it, like several Bing Crosby musicals (can’t go wrong with the old crooner), a Bob Hope comedy thriller, which I recall seeing many years ago and an astonishing number of versions of “A Christmas Carol”.

Why would anybody keep remaking that story? The writing is superlative even for Dickens with the most eye-popping descriptions and metaphors, not to mention similes. But the story itself is irritatingly silly. And the films are about the story, not the writing.

Has anyone ever asked why the Cratchits have so many children if Bob is incapable of earning a decent wage? No? Well, I rest my case. Feckless underclass, that’s what they are. And how exactly do Scrooge and Marley make all that money? Hmmm?

Of course, even Alastair Sim’s version of “Scrooge” (idiotic title though Mr Sim was one of the best actors around and made a remarkable Scrooge) cannot come top of a list of Christmas movies. That has to be “It’s a Wonderful Life”. If you can catch it this Christmas, do so, especially if you have not seen it yet. The film is a revelation – dark, ambivalent and yet full of hope and redemption.

As Dirty Harry says on Libertas, “It’s a Wonderful Life” is not about the redemption of a bad man unlike “A Christmas Carol”. George Bailey is a good man, which is the point of the story but a very frustrated one. His great plans are thwarted and he is stuck in a small Middle American town, leading a very restricted life.

It takes a crisis in his life and an angel called Clarence, who is desperate to get his wings for George Bailey to understand what his life is really about; what his achievements have been; and the truth that heroism is not just being a much-decorated pilot like his brother.

There is a similarity between the two stories in that both main characters are redeemed through the recognition of certain qualities inside themselves. It is not someone else who will create happiness for you.

And so, dear reader, I come to the point of this Christmas grumble. I am tired of people complaining about Christmas being commercialized, unfestive, vulgar, whatever. It has always been commercialized and ever since the feast of Saturnalia, which the early Church took over, it has been about consumption.

Don’t like it? Do something about it. You don’t think there should be so much money spent on presents and many things should be made at home? Fine. Make those things. Make your own pudding and get the children to stir and wish.

Above all, count yourself lucky you live in a country where there is a choice.

It is not someone else who creates problems for us – we are the ones who do so for the most part.

Remember those problems with British identity? Well, where do children learn history and a love and knowledge of the language? Yes, that's right, at home. If there are problems with our children, we are responsible.

It is now past midnight, so I shall stop or I might turn into a pumpkin though I have much more to say on the subject. A very merry Christmas to all our readers.
Posted by Helen at 01:51