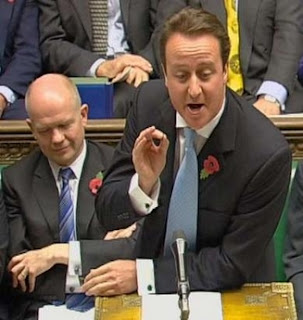 Unless there are very specific issues, the EU agenda is never very prominent in the UK agenda and even during the year it is sometimes a struggle finding newsworthy EU-related items which are the staple fare of this blog.

Over Christmas period, this is doubly the case, when the EU agenda usually disappears completely – not least because the political system has shut down and all the Eurocrats are on holiday.

However, this year is not typical – or should not be. We are facing a year during which a new treaty must be ratified. Furthermore, it is one which has special significance in that we were promised a referendum on what is in all but name the EU constitution, which has been denied by our current prime minister.

At the very least, therefore, we have expectations of coming parliamentary battles, where the Conservative opposition attacks this government for its breach of faith, making the ratification battle the highpoint of the political calendar.

On the other hand, there is that lingering suspicion that Mr Cameron and his Parliamentary colleagues do not have their heart in the battle, and would sooner harry the government on domestic issues, merely going through the motions on "Europe" – enough to be seen to be doing something but without any great conviction.

There are those, of course, who tell us otherwise: that Mr Cameron is a principled politician who is playing a canny game and will fight the good fight when the time comes.

For those, their cause is not helped at all by their leader's New Year message, brought to us courtesy of the BBC website.

He wants, or so he tells us, 2008 to be "the year in which we offer the people of this country the hope of real change, by setting out a clear and inspiring vision of what Britain will look like with a Conservative government."

That vision includes a message on the NHS, an antidote to “Labour's hopeless acceptance of mediocrity in education,” the hope of “civilised communities which are safe for everyone, based on radical police reform and more prison places in prisons which actually reduce re-offending,” and a commitment to “strengthen families, reform welfare, and make British poverty history.”

There are, we are also told, "tremendous challenges ahead" on the economy, on the environment, on defence and fighting terrorism, so says Mr Cameron, "This will be the year in which we show that there is hope for the future, that there is a clear and credible alternative to this hopeless and incompetent Labour government."

"We," says the man, will "offer a clear vision of the Britain we want to see, and a clear idea of how we will govern differently." And "we will inaugurate a new era in government - government for the post-bureaucratic age, where we devolve power to people and communities because we understand that a government that tries to control everything ends up not being able to run anything."

All stirring stuff, but there seems to be one rather glaring omission. Mr Cameron chirps happily away about devolving "power to people…" but what about the referendum? And how will "we" govern differently if the power resides in Brussels?