A threat of legislation 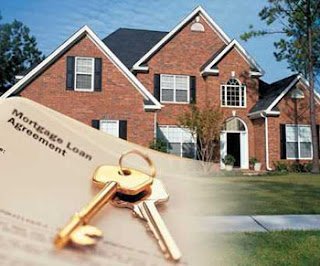 This morning in Brussels, our central government published its proposals in the form of a white paper on "the Integration of EU Mortgage Credit Market". This is Charlie McCreevy, the EU's internal markets commissioner's brain child and follows on series of initiatives based on its "Communication on a Single Market for 21st Century Europe," which was published in November of this year.

The thrust of this White Paper – as the title would imply - is to set out a programme for establishing an EU-wide market in domestic mortgages, breaking the grip of national providers by promoting "cross-border" mortgages.

This is yet another step in the slow process of economic integration which was started with the Treaty of Rome and is integral to the whole process of political integration achieved through economic means.

Thus, while this initiative is couched in terms of improving the efficiency and the competitiveness of mortgage markets, "to the benefit of consumers, mortgage lenders and investors alike", it is wholly political in intent, the primary aim being to bind member states (and their "citizens") more fully into the European project.

No such subtleties, of course, tarnish the pristine record of the BBC for being a cheerleader of the "project" as it breathlessly announces that the EU is to bid "to open home loan market", retailing wholesale the central government's claim that plan "may lead to large savings for home buyers".

The BBC then goes on airily to inform us that, "the more integrated market would be likely to be run on a voluntary basis in the 27-nation bloc" and it is in this context that a commentary by the Financial Times is especially interesting.

According to this paper, the "voluntary" aspect is only skin deep. Owing to the complexities of the market and the difficulties in forcing the system into rapid integration, our government is taking the longer view. It is thus leaning on member states to adopt certain preliminary measures into their own national rules, but all against a threat to legislate if they do not implement those measures.

Thus, we are told by the Finanical Times that, in Brussels, "EU diplomats" are suggesting that Mr McCreevy's announcement today was "designed to give member states a last chance to find nonregulatory solutions".

This mechanism, of course, we have met before, most notably in May 2004 in the context of introducing random breath tests to detect drink-drivers. Opposed then by the Home Office, we had Ad Hellemons, president of Tispol, the European Traffic Police Network, telling BBC Radio Live Five that, "The European Commission has made it clear that they expect this recommendation to be followed. If not they will try to make it a directive".

Sure enough, with enough of a time lapse to allow memories to fade, this December (i.e., more than three years later) we got news that Whitehall intended to introduce random breath tests, something which it had previously opposed.

This time though, the government has got its surrender in first. Although the current measure has been strongly opposed by lenders in the UK - the Council of Mortgage Lenders, which represents about 98 per cent of the UK's residential mortgage lending industry, saying it did not want to see a second tier of EU rules that simply duplicated national regulations and required more paperwork – last year Whitehall welcomed McCreevy's long-anticipated initiative.

That is the way our state government in Whitehall so often works these days, adding a complexity and subtlety to our new system of government which completely passes by the bulk of the MSM – and indeed the political classes.

In the fullness of time, Whitehall will announce measures to "ease up" the mortgage market, apparently unrelated to today's announcement, which will be reported by the media (or not at all, as the mood takes it) – without any reference to the EU dimension. We will have adopted such measures entirely voluntarily and they will be lauded as a "British" initiative.

The final indignity though is the timetable. The White Paper sets out a work programme which stretches up to 2010 before our Brussels government takes its next major step. By any reckoning, we will then have a Conservative administration and, no doubt, it will pick up the threads seamlessly, continuing the work of its predecessor.

Then, it is anticipated that the "euro-mortgages" will not be widely available until 2015 – the administration after next – in pursuit of which Brussels will almost certainly have framed legislation.

Thus, in eight or more years hence, the UK mortgage market will be undergoing a fundamental transformation which, for better or worse – and most likely worse – which will touch nearly every householder in the land. It will have been implemented entirely independently of the British electoral cycle, without having ever having appeared in any of the party's manifestos – thus lacking any semblance of a democratic mandate - and without ever having been voted upon by MPs or their Lordships.

That is indeed how our system of government now works.