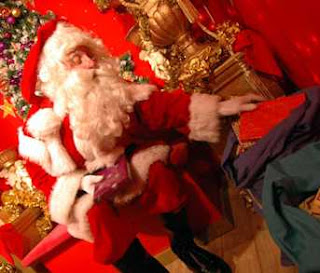 Giving new meaning to the phrase, "delving into the nooks and crannies", German EU commission vice president Guenter Verheugen has instructed us not to buy "cheap and tacky" toys this Christmas.

This is in an interview with Bild am Sonntag, where the vice president counsels people to "open their eyes" when buying toys, and beware particularly of "tacky unbranded products." And, in a flash of insight that tells us why he is a lord high commissioner and we are mere lowly mortals, he adds, "Cheap does not necessarily mean good quality."

Of course, the fact that all toys on sale in the EU member states should carry the CE marking, attesting to conformity with the Toy Safety Directive, is neither here nor there. But, if the EU's laws actually worked, then Mr Verheugen’s advice would not be needed. But then, as we already know, the CE marking is a farce and the Toy Safety Directive is one of the EU's more egregious failures.

His advice may, however, be a bit late, but never mind. Santa Verheugen has a nice little prezzie for the toymakers on 1 January – a whole new raft of regulations to "adapt safety standards to the developments of the last 20 years and make them stronger."

One assumes, as a result, that next year it will be OK to buy "cheap and tacky" toys, which is probably just as well. The way things are going, that is probably all us lowly mortals will be able to afford.