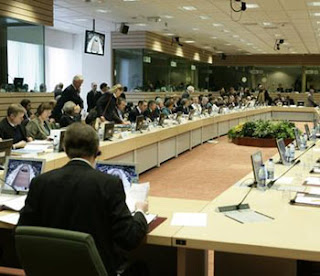 If only for the sake of completeness – having followed the issue so long – we must record the conclusion of the fisheries committee in Brussels, which has laboured long and hard to deliver its usual dose of fudge and farce.

The deliberations of our government are set out in the 58-page Council conclusions (which also deal with agriculture) giving the final figures for the amount of fish our fishermen will be allowed to catch.

The purpose of the council, however, is only to agree the "total allowable catch" as it is known, but also to agree a lengthy and highly technical regulation produced by the commission – with a new one drafted each year – which sets the rules for the industry for the 12-months commencing 1 January. 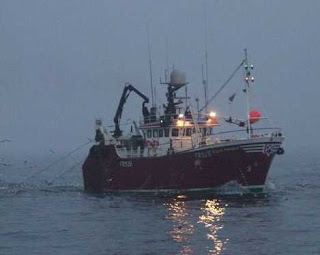 As good a summary of the highlights as any comes in the Daily Telegraph, written by Charles Clover, who has at least a passing knowledge of the industry.

Of those highlights, the one that stands out is that – as expected - fishermen will get higher quotas for North Sea cod, a belated recognition that, despite the predictions of the Jeremiah, stocks are recovering.

But what is also welcome is that, as Clover puts it, "fisherman for the first time will be able to boost their livelihoods by avoiding dumping dead fish over the side." Fishing vessels are to be allowed to "earn" around 12 more days at sea by adopting voluntary measures such as "real time closures" where juvenile fish congregate and separator trawls which allow the catching of haddock but allow cod to escape. 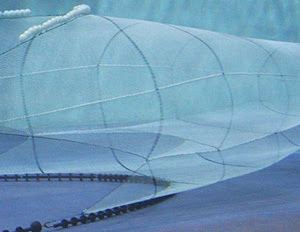 This latter "innovation" (pictured) is apparently a British proposal and, while it is indeed welcome, its introduction now illustrates quite how derelict are the decision-making processes in the European Union.

The issue of selective fishing we were writing about last October and even the World Wildlife Fund was calling for it that December. But the techniques themselves have been available commercially for well over a decade which, together with other techniques could have been introduced many years ago.

The amazing thing is what an easy ride these idiots get from the media, with Richard Lochhead, the Scottish fisheries minister allowed to “hail” the deal as a new approach to fisheries conservation. He is cited as saying that, "Scotland has blazed a trail for the whole of Europe by adopting sustainable fishing practices." 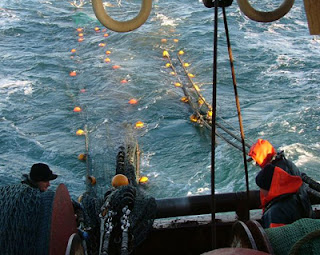 How anyone can claim to be "blazing a trail" taking over a decade to introduce a tried and tested conservation technique, without being laughed out of court, is one of those modern mysteries which will probably never be solved.

Furthermore, this is only to be applied in the very limited areas on a voluntary basis. For once, we find ourselves agreeing with Dr Euan Dunn, head of marine policy at the RSPB. He says: "It is a scandal that the Fisheries Council consistently fails to make tried-and-tested gear selectivity measures - that would assist young cod to escape from nets - mandatory across all Community fleets."

But, even that is all we get. Nothing has been done to deal with the inherent flaws in the fisheries management policy. An organisation that takes more than ten years to introduce even relatively minor changes is not going to manage anything dramatic this side of the millennium - if at all.