Something is going on here 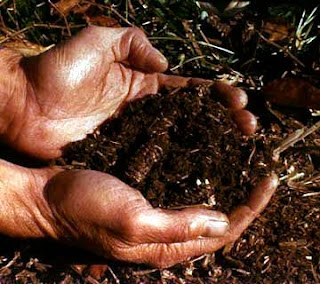 After the sudden withdrawal of the healthcare directive – a reversal for the EU commission if ever there was one – the commission is on the back foot again, this time with the soil protection directive.

Although approved by the EU parliament in November, albeit with an unusually large number of dissenters, the member states have refused to pass it into law.

The proposal was blocked by a phalanx of Britain, France, Germany, Austria and The Netherlands, leaving EU environment commissioner Stavros Dimas in a fit of impotent rage.

"I am very disappointed," he stormed, adding, "despite the strong support of most of the member states and the positive vote and large support from the European Parliament, the Council (of ministers) has not been able to reach a political agreement."

Funnily enough, that "strong support" was 395 votes for the new law and 225 voting in favour of a motion to scrap the whole directive, amounting to the nearest thing to a rebellion the EU parliament can muster. Our friend Dimas is being a tad economical with the truth.

Nevertheless, the offended commissioner still railed at his tormentors, declaring that, "Regrettably, we have missed an opportunity to protect a non-renewable resource, fight climate change and boost European competitiveness," vowing to continue working on the legislation in the coming months under the Slovenian EU presidency.

More properly called the Soil Framework Directive, this was intended to set common principles and objectives at EU level, and would require member states to adopt a systematic approach "to identifying and combating soil degradation".

The members' refusal to adopt the directive was largely due to concerns about subsidiarity, with some member states maintaining that soil was not a matter to be negotiated at the EU level. Others felt that the cost of the directive would be too high, and that the burden of implementation would be too heavy.

Considering that this was another of those flagship directives, this is quite a setback for our government, which has also had trouble in its own ranks agreeing new standards for motor vehicle CO2 emissions. We'll look at that later today.

But, with this soil directive being chucked out, something is going on in the Brussels corridors of power. Having just caved in on the Lisbon treaty, the member states are showing unusual robustness in standing up to commission.

On top of the healthcare directive – which is rumoured to be opposed by the UK and other member states – there is an inkling of a new mood. It is too early to tell yet, but this might signal a move to claw back some power that the member state governments have so easily given away. Does the answer lie in the soil?