Uncle Sam to the rescue? 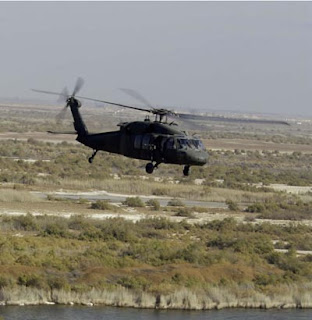 It did not pass without notice that, at the EU-Africa summit last week, the growing crisis in Chad was not even on the formal agenda, much less the intransigence of the Sudanese government.

Despite that, it appears that there were behind-the-scenes talks, especially about the tardy deployment of the EU intervention force and the inability (or unwillingness) of the EU member states to provide even the minimal number of helicopters needed – an issue which has been grumbling on since June and took on a high profile in November.

Now, after a closed-door session of the UN Security Council, US Ambassador Zalmay Khalilzad is saying that there has been "limited progress" in securing the deployment although "many important issues remained unresolved", the provision of those elusive helicopters being one of them.

But, a remark from Khalilzad directed at the Sudanese government seems to suggest that there might be a way forward. The ambassador said that Sudan "cannot pick and choose which countries contribute troops and aircraft to the peacekeeping mission," from which it has emerged that the government there has "rejected US military helicopters".

As to why this rejection was even relevant, Khalilzad confirmed that the UN had not directly requested helicopters from the US, adding, "We strongly support the capability for the deployment, but we were not asked directly". This is taken as implying the US would make helicopters available if asked.

UN Secretary General Ban Ki-moon, meanwhile, is still calling on governments to make the aircraft available to the joint peace force, complaining that no countries had yet come forward with any helicopters. He noted archly, "In Europe alone, there are thousands of military helicopters of different types."

"Europe", however – despite Barosso's protestations during the treaty signing ceremony for the Lisbon treaty on Thursday, that "the European Union must have a decisive capacity to act on the world stage" – is not listening. While the loathesome "colleagues" preen and posture, it looks like the only way the Chad deployment is going to get off the ground (literally) is if Uncle Sam steps up to the plate and provides the helicopters.

So much for the colleagues' "decisive capacity".