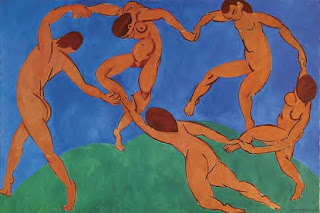 There is something about Russian logic that defies everyone including many Russians. Just precisely why do they do certain things? That despairing thought loomed up in my head when I saw the news that the long anticipated, long discussed and long agreed exhibition of Russian owned French and Russian art due to open in the Royal Academy in January may not happen because suddenly, after all these months the Russian authorities have decided that the paintings are not safe.

They are not safe as in how? Do they expect mad opponents of Matisse or Picasso to slash the canvases as they hang in Burlington House?

Well no. It seems that the Russian authorities have suddenly remembered that a large number of those paintings were actually stolen (well, all right, confiscated) from private collections soon after the 1917 Revolution and might be subject to adverse legal decisions or, at any rate, legal procedure.

It is thought some of the 120 works of art - which include paintings by Matisse and Van Gogh and other renowned Impressionist and Post-Impressionist works - could be seized to settle private legal claims related to the paintings.

The problem is that there have been some very dubious legal cases brought forward by people with dubious claims to art works that had either been taken away from their great grandparents or great uncles and aunts by the Nazis or, more likely, they had been forced to sell the art at a price lower than the market value, in itself hard to establish after all this time.

If one can reclaim art stolen by the Nazis then why not art stolen by the Communists? True enough and that is why, in my opinion, a line should now be drawn under the entire problem. Property comes and goes and many people have lost it unfairly in history. Judging what is fair and what is unfair after fifty, sixty, eighty years becomes difficult. Just because one’s great grandfather owned something one does not necessarily have any rights to that oneself. (Come to think of it, where is my grandfather’s stamp collection?)

So one could argue that the Russian state organization that controls these matters, the Federal Culture and Cinematography Agency, Roskultura and its rather Soviet-sounding spokeswoman, Natalia Uvarova, have a point when they say that they have not been given adequate guarantee of those priceless paintings being returned to the museums where they live nowadays.

Does this mean they have only just realized that there was this danger? Did they not know about those ludicrous legal cases, the most recent one over a Picasso painting that most clearly belongs to Andrew Lloyd Webber, when they negotiated the loan of the art works in the first place?

Or, perhaps, nobody in Roskultura realized until today that those 120 paintings had been stolen handed over to the state back in the twenties. Seems a little unlikely.

It is all very well for the Director of the Hermitage Museum in St Petersburg, whose highly successful regular exhibitions in Somerset House have now been stopped by the Russian authorities to try to put a brave face on it:

The director of the Hermitage Museum in St Petersburg, Mikhail Piotrovsky, told the BBC politics and culture should not be mixed.

"Remember that Russia and Britain regularly have these flashpoints which come and go," he said.

"Culture should function independently and we have never suffered such a connection.

"We have many projects with Britain. Political relationships change but I sincerely hope that nobody will use this for a fleeting political gesture," he added.

Natalia Uvarova clearly does not share his conviction. She is demanding a clear undertaking and James Purnell, our own Culture Minister has rushed into the breach.

As a result, Mr Purnell said he would bring forward the implementation of the Tribunal Courts and Enforcement Bill 2007, part of which contains the assurances the Russians are seeking.

"Their letter says that that's what they require and that's what we will be doing because we attach such importance to cultural relations as a way of furthering relations between our countries," he told the BBC's World At One programme.

"Because this is such an important exhibition we are prepared to go the extra mile," he added.

The bill, which was passed earlier this year, will be put through parliament when MPs return on 7 January.

Russian officials have yet to respond to the announcement.

Presumably, they will have to think of some other way of annoying the British public, many of whom have already bought tickets for the exhibition.

Mind you, it is hard to tell what Mr Purnell means. The Act has been passed and there are various provisions for the different sections to come into law as and when various Secretaries of State pass the necessary regulations. It is another complicated enabling Act but that means whatever it is the Russians want can be put into action immediately. Or perhaps not. Perhaps, somebody here should proclaim President Putin to be Man of the Year as Time Magazine did (well, at least it was not the Goracle) and all will be well.
Posted by Helen at 01:06