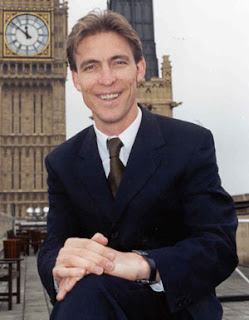 Tucked away in the letters page of The Daily Telegraph (no link) is a missive from Europe minister Jim Murphy headed, "Reform treaty does not transfer power to Brussels".

Such is the startling finality of this absurd statement that the first reaction was to wonder whether the title was inserted by one of the newspaper's over-imaginative sub-editors, some of whom seem to have a rather loose grip on reality when it comes to crafting headlines.

At first sight, this does seem to be the case, as one finds that Murphy is in fact writing about the abolition of the vetoes. He thus writes:

Let us have a debate about the reform treaty on the basis of fact, not fiction (report, December 14). It is wrong to claim that, "under the new treaty, 55 vetoes are scrapped outright". There are 50 extensions of majority voting, but, of these, 16 will either not apply in Britain, or only if we agree to them. A further 14 are procedural to improve EU efficiency. And the other 20 significant extensions are manifestly in Britain's national interest.

Purely on the basis of this paragraph, it would thus seem that the headline assertion is unwarranted but then the egregious Murphy then adds a glorious non sequitur:

The reform treaty will lead to no transfer of power away from Britain on issues of importance to our sovereignty.

Whether or not the abolition of the 55 vetoes does lead to a transfer of power is of course not the point here. The issue is that there is a great deal more to this treaty than just these vetoes and, therefore, to argue from the particular to the general is an example of the rank dishonesty that pervades this whole debate.

Here we have a man calling for a "debate about the reform treaty on the basis of fact, not fiction" yet he himself is distorting that very debate - not least of which distortions is his very use of the term "reform treaty" to disguise the fact that the EU constitution has been sneaked in via the back door.