Common rules but no common sense 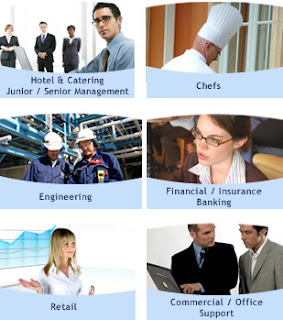 This is one that has been hanging around for ages – our old friend the agency workers directive – important yet immensely tedious in its serpentine passage through the labyrinth of Brussels. We had hoped that, if we ignored it, it would go away. But then this is the EU … like a bad smell, it never goes away.

Anyhow, we are told that Britain has managed to stave off the latest attempts by Brussels to bring the UK into the maw of this legislation but, says the paper, "was left increasingly isolated in its battle".

It seems John Hutton, the business secretary, has persuaded employment ministers of the member states to back off from a threat to force Britain to give temps full employment rights after just six weeks in the job, although this is but a temporary reprieve. The vast majority of member states have expressed a determination to keep pushing for the measure "within weeks".

Here, it gets interesting because the "colleagues" have linked the agency legislation to the working time directive, and - we are told - the Portuguese presidency had guaranteed Britain an opt-out if it signed up to agency workers law. And now some are suggesting that Britain was only given a delay to avoid inflaming opinion during the ratification of the EU Reform Treaty.

To get more detail on this "linkage", however, we have to go to The Guardian, which informs us that what Portugal did was link discussions on the working time limits with talks on the agency law.

What the "colleagues" were after was a change in the working time directive, which restricts the working week to 48 hours. This has caused problems because the ECJ has ruled that on-call time at the workplace should be counted as working time, putting emergency and health service workers (and many others) over the limit.

On the table were exceptions to the 48-hour rule, taking out on-call time, but Portugal made the concessions conditional on agreeing the agency law, blocking an overall deal on a all-or-nothing basis.

This is complicated by the fact that Britain, Estonia and Malta negotiated opt-out deals from the 48-hour rule, while Germany, France and Austria and other countries have opt-outs for their health sectors.

Now enter France into a situation that is getting so complicated that it almost defies description. It was pushing for a firm date to scrap all the exceptions – a move which Britain has so far been able to block, with the aid of a coalition of like-minded member states.

That, I think, brings us to the denouement. Sarkozy's government has now changed its demand that the opt-outs should be scrapped and all ministers have agreed to leave the matter there for the time being. Except that Portugal wants concessions from Britain on the agency law, in return.

If we've got this right, therefore, in return for keeping our opt-outs on the working time directive – which no one was trying to (or could) take away – Britain has to agree to another new law, which it most certainly does not want.

The only consolation is to see the Europhiliac Financial Times spluttering with indignation at these Johnny foreigners and their attempts to foist this dastardly law upon us.

"The legislation, brought out of the deep freeze, is ill-conceived, runs counter to the EU's stated economic goals and will undermine flexible labour markets," it snarls. "The proposals strike a blow against labour flexibility and economic competitiveness. The UK has high numbers of agency workers, more than any EU member state, and low unemployment. This is not a coincidence."

The paper then adds:

Common sets of rules can be beneficial to the creation of a single European market. That is not the case here. The UK is right to continue opposition to changes that threaten to undermine its economy. Instead of forcing this directive on Britain, other member states with inflexible labour markets and lower long-term growth would do better to follow its example.

Fat chance! This is the European Union – they do common rules, but they don't do common sense.