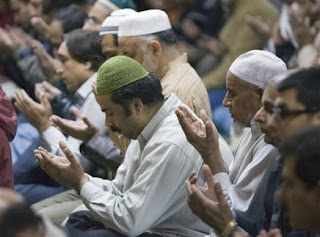 At first sight, there seems little that one can add to the torrent of news and comment on the events surrounding the death of Benazir Bhutto, although it is worth pointing our readers in the direction of this post from the Free Muslims site.

However, one of the comments there is particularly interesting. It refers to the demands for the election in Pakistan to continue, arguing against the "liberal ideologists" who demand blind adherence to democratic principles "even when those who would destroy us are benefiting most from these freedoms." This, the commentator argues, is "reckless democracy".

The man has a point, which has implications for all of us. It is neither the time nor place to discuss the issues in detail, but it does make you think whether those who so strongly advocate "democracy" really know what it means, and whether it is to be maintained at any price.

We often see this with members of the EU parliament, who argue that, because they are elected, their "toy" parliament is necessarily democratic. But, as many have argued, there is more to democracy than mere elections. Furthermore, as my co-editor has argued, good government is often the more important issue.

Arguably, democracy is the only means by which good government can be assured over the longer term but, as we know to our cost in this country, even this is not a guarantee. Winston Churchill described it as the "least worst" form of government but this was a man who, during the Second World War, effectively ruled as a dictator.

Certainly, during that period, no one could sensibly have described the UK as a democracy, the normal rights of the citizens – and even elections – having been suspended. However, arguably, we had tolerably good government and certainly one which had the general consent of the majority of people.

It is worth asking, therefore, whether we should be pressing for immediate elections in Pakistan. That is one of the issues that the Free Muslims piece considers. It is one that deserves more attention, as do the broader issues of where we are going with our slavish adherence to the trappings of democracy, without thinking about what we are trying to achieve.

Email ThisBlogThis!Share to TwitterShare to FacebookShare to Pinterest
Labels: Pakistan