You read it here first! 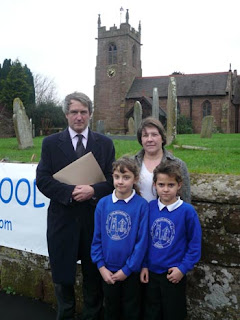 Lead item on the front page of The Daily Telegraph today is a story about how "Schools cash [is] skewed by Labour".

Based on an adjournment debate called by Owen Paterson, Conservative MP for North Shropshire, the self-same story was run by this blog on 13 December and also picked up by Conservative Home, both of us seem to have a better news sense than the supposedly leading right-wing newspaper.

As we remarked at the time though, this was an adjournment debate, a genre almost completely ignored by the clever-dick media, which is more inclined to fritter away its time on the biff-bam, soap opera aspects of Parliament than any of the serious work that is carried out.

In an age when it is fashionable to deride politicians – and this we should, if only to keep them on their mettle – it would do no harm for the media occasionally to pay attention to what is actually going on in Parliament. Not least they might get some decent stories, instead of the tat that is so often on offer.

But, I suppose we should not complain. As long as the media indulge in gazing at their own navels, there is room for blogs like us, except that we would rather we were able to rely on a responsible and informative press. That way, we could leave the reporting to them and get on with our own lives.

I suspect, though, that this is not going to happen.