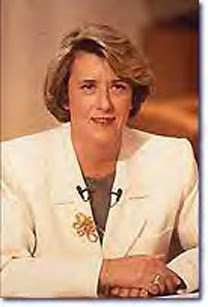 Sadly, a pressing engagement in London meant that I could not go over to Paris to see the much-trumpeted film rushes of what is known as the al-Dura episode, which France2 was going to show in court, though I was asked. So, I have to rely on other people’s accounts to continue the story and my own analysis of what Charles Enderlin and his employers as well as their colleagues might be up to.

In some ways we, on this blog, are fortunate. Absolutely nobody in Britain, certainly not in the MSM (I may have missed blog postings on the subject) has displayed the slightest interest in what is a major media scandal. A quick check on Google will show all kinds of references but the only British one is our story as republished by the Free Market News Network to whom we are duly grateful.

The story so far can be followed through our postings and the links in them. The latest update was on the November 13, the day before the showing of the "raw footage".

As was noted at the time, though still not by anyone in the British media, old or new, the "raw footage" had shrunk. Instead of the 27 minutes that a few people had seen, only 18 minutes were shown, explained by Charles Enderlin variously as never being more than 18 minutes and having some irrelevant material that he had cut out.

The raw footage was not so raw. And it was barely al Dura. If we take the cameraman’s word for it, given under oath a few days after the incident, not something but everything is missing. This is supposed to be the raw footage of the al Dura death scene. What we get is raw footage of Palestinian youths throwing stones, firebombs, and burning tires at the Israeli outpost. And provoking no reaction, except for one teargas bomb. Real provocations alternate with those familiar fake battle scenes with instantaneous ambulance evacuations.

Between them Richard Landes and Nidra Poller have an interesting time showing up the various anomalies in the rushes that were shown though this was only two thirds of what was there originally. Landes had seen the original rushes before, Poller was new to them but noted the various cuts and splices as well as Karsenty’s comments about inconsistencies in the film and the commentary.

However different a culture is there will always be a difference between “the boy is dead” and “the boy is in danger of dying”. As Richard Landes says,

And the courtroom laughed. It was one of Charles’ less briliant moments.

As I recall France2 had been ordered to show the entire raw footage. Cutting that down by one third and brazenly showing what remains could be called contempt of court.

The court case will resume in February but an interesting gap in the story remains. There is still no evidence of Mohammed al-Dura’s death. On the other hand, there is an interesting story about his father’s wounds.

This is by Nidra Poller again, who has followed up the story on Metula News Agency. It seems that there is evidence that Jamil al-Dura’s wounds were not caused by Israeli bullets in 2000 but an axe and possibly something else attack in 1992.

To add a certain piquancy to the tale, it would appear that it was Israeli surgeons who had restored almost full use of Jamil al-Dura’s hand.

According to the Metula release, Jamal al Dura declared on medical records in 1992 that Palestinian militia had attacked him with axes. Doctors at Gaza’s Shifa Hospital* were able to save his life but he lost the use of his right hand because they could not repair a ruptured tendon in the forearm. Palestinian doctors referred Jamal to Tal Hashomer hospital in Tel Aviv in March 1994. Dr. Yehuda performed reconstructive surgery, grafting a tendon taken from the foot,
and restoring almost normal use of the hand. The medical record of that operation also refers to the removal of “foreign bodies,” suggesting that other instruments besides axes were used in the 1992 attack.

Alerted by the Ména [Metula News Agency] to the film of Jamal’s wounds produced in 2004 by Talal Abu Rahma at the demand of France 2 news director Arlette Chabot, to silence investigators, Dr. Yehuda and his colleagues declare that the scars shown in that film were incurred in 1992 and result from axe blade wounds and definitely not from gunshot. They are ready and willing to testify to this in any court.

So far, this is only one story and until some medical records are shown, that is how we must view it. Somehow I feel that the story will be supported by evidence and that evidence is going to be ignored by large sections of the MSM.

In the case of the British MSM, I suspect, the whole story will be ignored, though at the time they were happy enough to use the dubious picture without asking any questions. And talking of pictures, the one at the top of this posting is of Arlette Chabot, the highly regarded French journalist, head of France2’s editorial team and a lady that seems to have no more than a nodding acquaintance with the concept of truth. Then again, I am rather tired of that phony photo of the crouching man and boy.
Posted by Helen at 20:35