Those who do and those who preach 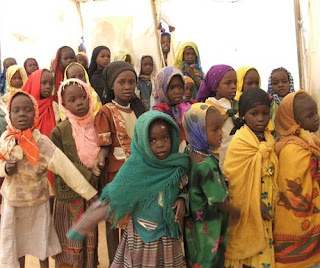 Whatever you might think of our engagement in Afghanistan, where a major operation has just commenced to recover Musa Qala (now confirmed by the MoD), the fact is that, once Mr Blair decided on a military intervention, the Armed Forced got stuck in. And, by and large, they are doing a good job – certainly one of which we can be proud.

Furthermore, while the national interest was pre-eminent, there was also a strong humanitarian motive behind our action in this benighted country, saving it from the depredations of the Taliban who would drag it back into the stone age.

This is something to remember when we look across the Channel and see what a total pig's ear the "colleagues" are making of their (non) intervention in Chad, where the humanitarian crisis is growing daily. While the resources promised are less (a mere 4,000 troops, compared with our 7,2000) the commitment from member states is less, as this is drawn the EU rather than from one country – yet they cannot even manage a meagre 12 helicopters which are vital to the mission.

And just how far (and rapidly) the situation is deteriorating in Chad is reported by Oxfam, which warns that "400,000 lives hang in the balance". And yet EU member states still drag their feet.

We have little time for NGOs, but Oxfam is providing a much needed service in the refugee camps and even it – which takes so much money from the EU – is criticising the European Union member states "for failing to provide an urgently needed neutral force to protect over 400,000 Darfuri refugees and displaced people in Eastern Chad."

Security conditions are now so bad that the agency had been forced temporarily to suspend operations in parts of the country, with the head of Oxfam in Chad, Roland Van Hauwermeiren, saying: "The current state of insecurity underlines the urgent need for an immediate deployment of a truly neutral force to protect innocent people caught up in the conflict."

He then adds: "Europe's delay in bringing security could mean that once the multi-national force finally arrives, they could find themselves in the midst of a deepening civil war. We appeal to EU foreign ministers to live up to their commitments to the people of Chad and commit the needed troops and adequate equipment immediately."

Amazingly, this is the motley crew with which Mr Brown wants to throw in our lot, adding to their powers in the soon-to-be-signed Lisbon treaty. If we had had to wait for them to get organised to put troops into Afghanistan, it would be next Century before we saw any movement.

But then it is always like that – there are those who do, and those who preach. We really can do without the latter.