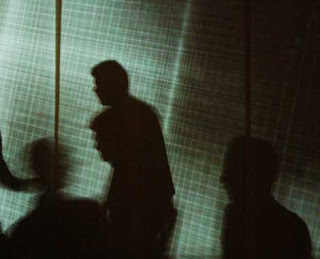 When you think about it, if our government in London had flagged up a major policy initiative, and then pulled it at the last minute – amid rumours of rows and recriminations – the story would be on the front pages of every national newspaper.

But, when it comes to our government in Brussels doing exactly the same thing – in this case on the open market in healthcare - it gets only a couple of articles, such as this one in The Times.

Nevertheless, The Times did manage to tell us that the plan was shelved over disagreements on when precisely the right of a patient to demand overseas treatment should kick in.

If they can simply demand overseas treatment straight away, in direct competition with the NHS, UK ministers are concerned that this will lead to an uncontrollable loss of NHS funds abroad, but supporters say it is just the kind of competition the NHS needs to bring about improvements.

There are other issues which the paper highlights, all of which suggest that there is a strong lobby in Brussels which is arguing that the proposals go too far.

However, the plot thickens. According to the European Federation of Public Service Unions, the proposals have not gone far enough. The Federation thus claims that the postponement represents a "major victory for advocates of universal health coverage".

When it comes to domestic politicians, Frank Dobson and a number of left-wing Labour MPs are also expressing alarm, with Dobson claiming that, "It will be catastrophic for the NHS if this directive goes through," adding, "The Commission either has no idea what damage this will cause to our NHS, or they simply don’t care."

The issue has even spilled over into an exchange between Labour and the Tories, reported by Conservative Home yesterday.

But, as far as what seems to be complete disarray in the EU commission goes, this has totally failed to capture the imagination of the media. Perhaps it is because the two main players, health commissioner Markos Kyprianou and internal market commissioner Charlie McCreevey, are total unknowns to the British audience, or perhaps it is because the "row" is being played out behind closed doors in a foreign land.

Certainly, it is very much the case that politics never really come alive in this country until they are seen in terms of opposing personalities, and perhaps it is the lack of household names in the EU matrix that dooms political discourse on EU issues to obscurity. There is simply no interest in shadowy figures operating in the margins.

If that is so, then this is another good reason why we cannot allow our politics to be run from Brussels. Without the high drama, there is no real discussion or scrutiny of the issues. That means that ordinary people will never be fully engaged in the political process and there will never be that sense of "ownership" of whatever emerges.

That is the puzzle for the "colleagues" in Brussels. If they cannot "light the fires" of political discourse at a European level – and so far their efforts have met with singular failure – then they are never going to be able to sell their "project" to the masses.

Perhaps my co-editor has a point.