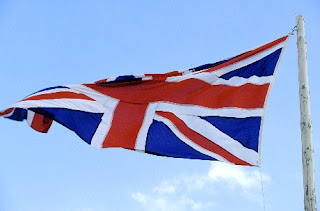 "…Britishness runs deeper than a check-list of historic achievements, no matter how notable. It is rooted in our shared institutions and values - the sovereignty of Parliament, the primacy of the law, the independence of the judiciary, the proud traditions of our regiments, the freedom and vigour of our media."

So says The Daily Telegraph leader, at the start of its campaign to promote "Britishness".

Well, let's see now. The sovereignty of Parliament? Not subordinate to any external power … like the EU, which makes up to 70 percent of our law, which Parliament has no option but to accept without change?

The primacy of law? But whose law? See above.

The independence of our judiciary? Charged with enforcing laws not made in this country, subordinate to a foreign court and with no alternative but to obey the diktats of foreign jurists.

The proud traditions of our regiments? Which have been disbanded and reorganised to conform with the requirements of air mobile rapid reaction forces, as part of Mr Blair’s commitment to the European Rapid Reaction Force.

The freedom and vigour of our press? 'Nuff said.

What the Telegraph and its fellow travellers forget, as always, is that we are shackled to an organisation (the European Union) which regards nationalism (i.e., Britishness) as a great evil, and which is committed to undermining our national institutions by any means possible.

Having largely succeeded in diverse ways – not least by reducing Parliament to little more than a (mostly empty) debating chamber - it is little wonder that the glue that binds us as a nation is coming apart, leaving a population confused and uncertain as to its identity and status. 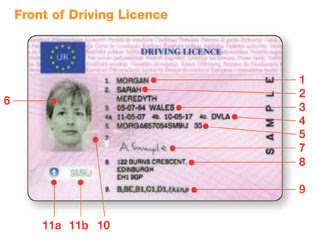 We are, after all, no longer an independent nation but a province of the European Union, with the headquarters of our supreme government in Brussels. Returning to the UK from abroad, our own government tells us – by the signs above the passport and immigration channels – that we are "EU citizens". From our passports emblazoned with the legend "European Union", to our driving licenses - which bear the accursed ring of stars - any hint of Britishness is ruthlessly suppressed.

With our own government disowning our national identity, and conspiring with the supreme government to suppress it, it should hardly be surprising that we retreat into smaller, factional units like England and Scotland, when – as far as our government is concerned – the "Union" is no longer the union of England, Wales, Scotland and Northern Ireland, but the European Union.

To affirm the identity of the one, we have to ditch the other. We cannot be "citizens" of both. Otherwise, it is game over.