The hidden benefits of membership 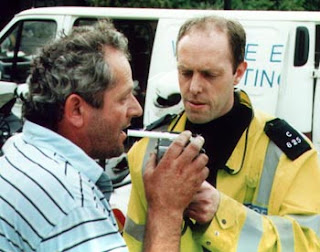 Front page of The Daily Telegraph today – which has finally managed to tear itself away from its total obsession with the Labour funding scandal – is a piece of news which will have far-reaching consequences, most of them malign.

The paper tells us that the Department for Transport is to launch a consultation in the New Year on a proposal to reduce the legal blood-alcohol limit for driving by almost half. It is thought, we are told, that the limit could be cut from 80mg of alcohol in 100ml of blood to 50mg, effectively putting drivers over the limit after one strong pint of lager or a glass of wine.

Tucked in then is the single line, that "A reduction would bring Britain into line with most other European countries," whence the story moves on.

What we are not told, of course, is that this move is most certainly the direct result of pressure from the EU commission to harmonise our road safety laws – the EU now having full competence in this area. But, rather than issuing directives, the commission is using the threat of legislation to bring member states into line, a mechanism to which we drew attention in May 2005.

This has the effect of allowing member states to retain the fiction that they have any say in the matter, and for the EU to deny complicity in the action – a ploy which invariably works as the media rarely digs deeper than the story of the day, and lacks understanding of how the mechanism works.

On the back of this proposal also comes plans for random testing, something which, way back in 2005, the Home Office rejected as ineffective and a waste of police resources. Any number of studies have shown that the major issues in drink-driving are young drivers – often driving way over the current limit – and middle-aged alcoholics. These are the main problematic groups. Targeting those, it has been shown, would have far more effect than diluting resources by chasing the whole of the motoring community.

But, despite Home Office reluctance, when the commission has an obsession, it is not to be denied so, when this issue came back in February of this year, we wrote:

And that is indeed how our government works. Forced to do something which is not in the best public interest, on doctrinaire rather than scientific grounds, it simply rolls over and does what it is told, then pretending that it was its idea in the first place.

The "consultation", therefore, will be a sham. The European Union has spoken and must be obeyed. In due course, the lower limit will come in. Life will become that more tedious and drab, and the sense of oppression will increase. Many lives will be blighted because otherwise innocent drivers will be caught up in the new law and banned. Meanwhile, drink-driving (which is already on the increase) will continue to be a problem, more so because police resources will be misused.

Such are the benefits of our membership of the European Union, but so inadequate is the media, and so supine is our government, that most people will not even realise. Call it one of the hidden benefits of membership, if you like.