So, is it coming in by the backdoor? 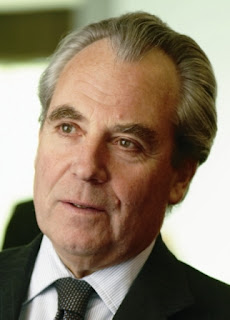 A contribution from the House of Lords to the ongoing debate as to whether the European Constitution or, at least, some of its aspects are being promoted without the courtesy of the document having been made law.

Lord Pearson of Rannoch, an indefatigable fighter, as most of our readers know, has been asking questions about Article 308 in the Consolidated Treaties, the document, which is, to remind everyone, the law of the land and superior to anything our Parliament might wish.

If action by the Community should prove necessary to attain, in the course of the operation of the common market, one of the objectives of the Community and this Treaty has not provided the necessary powers, the Council shall, acting unanimously on a proposal from the Commission and after consulting the European Parliament, take the appropriate measures.

It gives the Council and, necessarily the Commission as well as, to some extent, the European Parliament, the powers to go beyond the treaties to attain various objectives to do with the common market. Note that phrase, the common market.

Lord Pearson has asked a couple of questions about the way Article 308 has been used to promote European legislation. The first one was:

Further to the debate on 19 February (Official Report, col. 880), for which legal instruments Article 308 of the treaty establishing the European Community has been used as the legal base since 1997.

Naturally enough, HMG could not answer this, referring back to our old friend, the disproportionate cost, which must not be incurred in cases when questions are asked in Parliament.

The second question, however, did elicit a reply:

Further to the debate on 19 February (Official Report, col. 881), what are their criteria for accepting the use of Article 308 of the treaty establishing the European Community as the legal base for European Union legal instruments.

On behalf of Her Majesty’s Government, Lord Triesman replied:

In assessing the legal base of proposals brought forward by the Commission, the Government apply criteria laid down by the Court of Justice in case law dating back to the 1980s and consider each proposal as a whole, in particular its aim and content. Article 308 requires that a proposal be necessary for the attainment of a Community objective and that the Council must act unanimously. The Government have given an undertaking that, where the Commission puts forward a legislative proposal citing Article 308 as its legal base, the Commission's justification of its choice of legal base and the Government's assessment of that choice will be provided to the scrutiny committees.

We can dispense with all that gumf about scrutiny committees. They are overwhelmed by documentation and have no time to read all of it, never mind scrutinize. And, even if they do their job, they are not exactly a power in the land.

According to Lord Pearson himself, their wishes have been overridden 180 times in the last 3 years by Her Majesty’s Government with Her Majesty’s Opposition saying precious little about that.

There is another point worth mentioning. According to the Noble Lord Triesman or, to be more precise, according to the officials who write his replies, “Article 308 requires that a proposal be necessary for the attainment of a Community objective and that the Council must act unanimously”.

Ahem, what happened to the words “common market”? Is the Noble Minister telling porkies? Surely not.

Article 308 has been used recently to pass control of "civil contingencies" to Brussels, to launch a €235 million propaganda campaign, to bring in the Charter of Fundamental Rights (a vast EU human rights law), and much else.

Well, there we are. Who needs a European Constitution when we have a Government and an Opposition?