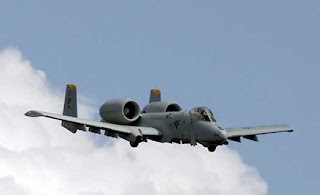 If one was to single out a particular media source, however, one is forced to pick The Daily Telegraph and the egregious Thomas Harding. It was he, with the apparent authority of being a specialist correspondent, resorted to the tired cliché of "revealing" – something he does far too often - in February that US pilot training was "inadequate".

Then, with the passage of a month, he comes up with a very similar piece, claiming that "Insiders" – i.e., his mates in that he phoned up for a comment – "lay blame on US air force's training and kit".

What Harding writes, of course, is not untrue, but the error (and the prejudice) lies in the selectivity of the quoting.

That it is selective we know from the report of the Army Board of Inquiry, dated 27 May 2004 and republished on the MoD website. In its 27 pages, the report records multiple training and equipment inadequacies, and failures to stick to procedures, affecting both the British and the US forces. Not least of the inadequacies was the British UHF radio equipment, and the lack of such radios altogether, preventing the proper monitoring of frequencies.

What also comes over was that that small British force that was so tragically targeted by the A-10s was at "their limit of exploitation…", meaning that it was at the very edge of the area allocated to it, on a battlefield that "could have been described as porous, or less contiguous, with numerous small groupings of enemy vehicles operating in a 'shoot and scoot' mode of operation." In other words, by some ghastly coincidence, the British formation was exactly where the enemy should have been, presenting exactly the profile that would be expected of the Iraqi forces.

What the Board also reports is that, situational awareness (i.e., details of the force’s position) was maintained "by the use of an 'all informed' VHF net over which vehicles would pass regular reports providing the necessary information." 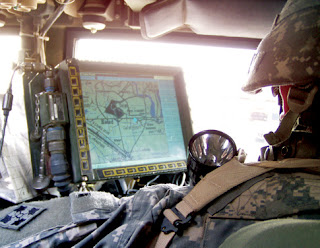 That, itself is highly revealing, marking out a strange omission from the Board of Inquiry record, confirming that the unit was not equipped with Blue Force Tracker, equipment which could have kept an on-going record of the positioning of the force and which was issued to British forces by the Americans.

No record of the A-10 incident can really be complete without also referring to a report released a year later. Entitled: "A Network-Centric Operations Case Study: US/UK Coalition Combat Operations during Operation Iraqi Freedom", it records the experience of forces using the Blue Force Tracker, which includes the following, highly revealing passage:

Interviews with personnel from 1 (UK) Armd Div highlighted that planning that had been undertaken prior to crossing the line of departure regarding the use of FBCB2/BFT had not resulted in the system being used as agreed between unit commanders. 7 Armd Bde was due to conduct a relief in place with units from 1 MARDIV (5 and 7 RCT) which was to be coordinated with the use of FBCB2/BFT. It should be noted that for both the Marines and UK forces, this was their first experience with FBCB2/BFT. Apparently, when the US forces were engaged by Iraqi forces south-west of Baghdad, the system was disregarded and the relief in place was conducted through the more familiar use of liaison officers on the ground. An interview with the former Commander of 15 MEU underscored problems related to the FBCB2/BFT (only one unit was made available to 15 MEU) – as well as MDACT/C2PC. As a result, the Marines abandoned use of this equipment during operations.

Putting this in context, one can refer to a long and candid article on the military use of communications technology, pointing out the pitfalls and failings, but also including this passage:

The gear was clearly saving lives. The number of friendly-fire incidents that plagued U.S. troops during the first Gulf War dropped significantly, for example, thanks to the new, networked equipment. In November 2004, 10,000 marines participated in the assault on Fallujah. With drones watching overhead and commanders communicating better, not one marine was killed by friendly fire…

In is not wholly unfair, therefore, to postulate that the events that led to Matty Hull's untimely death arose in part to the failure of the MoD to invest in modern communications technology and to invest enough time and effort in familiarising British troops with US technology which was provided to the operational formations in Iraq.

Either way, the situation was far more complex that the situation pained by either the hyperventilating Andew Walker or our loathsome media, including the rather pertinent snippet of information that the orange identification panels, of which so much play was made, were non-standard "enhancements", the nature of which had not been communicated to the US forces. 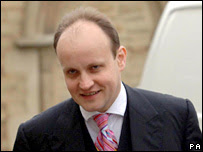 Further, the Board of Inquiry also reported that, "...the US authorities cooperated fully in the provision of all additional material and documentation requested by the Board" and it came to this conclusion:

… all those who were involved in this tragic incident appear to have been working to the best of their abilities, under intense operational pressure, in order to achieve their objectives.

That is probably a fair verdict. It is one that takes account of the realities of the tactical situation and shows up for what it is the thoroughly dishonest verdict from Andrew Walker (pictured) and the serial dishonesty of the media in so glibly and superficially reporting his tawdry work.

Overall, though, the MoD - reflected in its statement - must be mightily relieved that Walker and a wholly inadequate media have once again let it off the hook on the equipment stakes. Not for the first time do we find ourselves asking when the media is going to start doing its job.