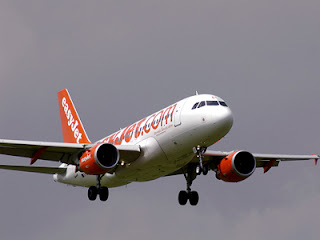 With all the political skills of a herd of lemmings going for a Sunday stroll over a cliff, the Conservative Party is about to unveil a raft of new "environmental" taxes on aviation, aimed specifically at "frequent flyers".

The measures, we are told by Sky News and others, are to be set out by shadow chancellor George Osborne, designed to help secure the party's "green" credentials.

Measures under consideration include levying VAT or fuel duty - or both together - on domestic flights. They also include scrapping air passenger duty and replacing it with a new "per flight" tax based more closely on a flight's carbon emissions.

Such is the greenie obsessions of the not-the-Conservative-Party, however, that little Georgie plans to go ahead even at the risk of alienating voters, who are distinctly cool on the idea of environmental taxes.

This is underlined in an ICM poll for the Sunday Mirror today, which shows that 58 percent of those questioned thought there were already enough extra taxes on the airlines while only 38 percent thought more aviation taxes were a good idea.

The News of the World also published a hostile story today, "revealing" the Tories "sky-high tax grab", under the heading "plane greedy". "Plane stupid", might be a better description.

Meanwhile, according to The Sunday Telegraph, former Democratic presidential candidate Al Gore has been invited to address a meeting of the Conservative shadow cabinet on Thursday.

There can be no better sign that the Boy has ceased to be a Conservative, if he ever was.